A Word from the Incoming President 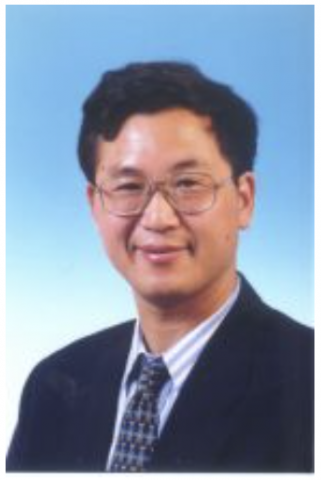 The 9th ICIAM Congress was successfully held in Valencia on July 15-19, 2019. Over 4000 people registered for this week-long congress, which offered invited lectures, minisymposia talks and contributed talks by mathematicians from academia and industry from around the world. I would like to congratulate the local organizing committee on organizing such a brilliant event; without your hard work it would not have been possible.

The opening ceremony of the Congress was held in the Valencia Conference Centre on the morning of July 15th. We are honored that the Spanish King Felipe VI attended the opening ceremony and delivered an excellent speech to the guests and attendees of the congress. The ICIAM president, Professor Maria J. Esteban, gave the opening address and  the president of the organizing committee, Professor Tomás Chacon, gave the welcome speech to the congress. ICIAM prizes were awarded at the end of the opening ceremony. The 2019 ICIAM prize recipients are Siddhartha Mishra (Collatz prize), George Papanicolaou (Lagrange prize), Claude Bardos (Maxwell prize), Yvon Maday (Pioneer prize), and Giulia Di Nunno (Su Buchin prize). After a short coffee break, laudations of the prize winners were presented. Then, the ICIAM Olga Taussky Todd lecture was given by Françoise Marie Louise Tisseur before the lunch break.

The ICIAM Prize winners presented their research in lectures scheduled in the afternoon of July 15th and in the morning and afternoon of July 18th.  The annual meeting of SIAM 2019 was embedded into the congress, and two SIAM prize recipients delivered lectures in the evenings: Weinan E (Henrici prize winner) on July 15th and Margaret Wright (von Neumann prize winner) on July 16th.  The AWM Sonia Kovalevsky Prize lecture was given by Catherine Sulem on the evening of July 17th. Victor M. Pérez-garcía delivered a public lecture on the evening of July 18th.

On July 14th, an informal meeting of the Presidents of the member societies of ICIAM was held. At the beginning of the meeting, Maria Esteban gave a presentation of the activities of ICIAM, including the congresses, prizes, funding activities in developing countries, etc. Then, the participants of the meeting discussed various issues on the developments of Industrial and Applied mathematics, such as strengthening the “industrial” connection (the second “I”) in ICIAM, promoting collaborations between member societies of ICIAM, dealing with the open-access transition and National Research Data Infrastructure, and attracting the younger generation to applied mathematics societies and ICIAM.

The annual Board meeting of ICIAM took place on July 20th, the day after the closing of the Congress.  Elections of the secretary, the treasurer and two officers-at-large were made at the Board meeting. Sven Leyffer was re-elected as Secretary. Three new officers were elected: Heike Fassbender as Treasurer, Luis Vega and Wil Schilders as Officers-at-Large.  The former treasurer, Jose Alberto Cuminato, and former officer-at-large,Taketomo Mitsui, left office after serving two consecutive terms. The other former officer-at-large, Volker Mehrman did not run for a second term owing to his role as president of the European Mathematical Society.

According to the bylaws ICIAM, October 1st 2019 is the day that the new team of officers starts their terms:  Maria Esteban as Past-President, Sven Leyffer as Secretary, Heike Fassbender as Treasurer, Wil Schilders and Luis Verga as Officers-at-Large and myself as President. Thus, October 1st is a special day for me and the new team of the officers, as it marks the beginning of our joint effort in running this society for the next four years. We will work together, spare no efforts, and do our best to serve ICIAM. We believe that we will be able to do a good job by taking advice and suggestions from member societies and following recommendations and resolutions made at the ICIAM Board meetings.

As president of ICIAM, I would like to take this opportunity to congratulate the re-election of the Secretary, to welcome the three new officers, and to thank the three former officers for their contributions. I am particularly happy that Sven Leyffer continues to be our Secretary. Sven Leyffer is very experienced, very capable and very devoted. In the past two years, I have come to a full appreciation of his important role in the operation of ICIAM. The previous President, Maria J. Esteban, will continue to stay in the office of ICIAM for another two years as Past-President. In the past two years, she has helped bring me up to speed on the various aspects of running ICIAM, from chairing the office meetings and board meetings to utilizing the web platform. I am glad that she will continue to be by my side to give me advice and suggestions. I also want to express my sincere gratitude to Barbara Keyfitz, who was the President of ICIAM before Maria Esteban, for her long-time service and contributions to ICIAM, in particularly for her great efforts in the editing of the ICIAM newsletter Dianoia where this article appears.

As I mentioned in the closing ceremony of the Congress on July 19th, ICIAM is very special to me. I have attended all the ICIAM congresses, starting from the very first one in Paris in 1987. Though I have known ICIAM well in the capacity of many different roles over the years - from contributed-talk presenter to plenary lecture speaker, from minisymposium organizer to member of scientific committee, from president of member society to board member - being the president of ICIAM is undoubtedly a great challenge to me. It will not be an easy job, but I pledge to give my best to serve ICIAM and the greater industrial and applied mathematics community.

Mathematics plays an increasingly important role in our society today, and that is not limited to natural sciences anymore. For example, machine learning and data science relies on mathematical modelling and efficient computational methods. ICIAM should continue promoting the applications of mathematics in industries and strengthening the collaborations between academia and industry. In addition to the “I” for “industrial”, we should not overlook the other "I" in ICIAM - "international". We should focus on promoting international exchanges and collaborations, working with the member societies from different countries and regions. In the board meeting in Valencia, we were very happy to have 3 new member societies joining ICIAM: they are the Chilean Applied Mathematical Society as a full member (small society), South African Mathematical Society as an associate member (small society) and the Colombian Mathematical Society as an associate member (small society). However, although the list of member societies of ICIAM grows steadily, the number still lags behind that of IMU. We should acknowledge the potential for future progress. Today, ICIAM still has no member from Russia, only one member from Africa, and very few members from East Europe, South-East Asia, and South America. ICIAM should explore the possibility of including more mathematical societies from these regions. Moreover, ICIAM should help promote the study of applied mathematics and help establish local societies in countries and regions currently without them.

With the joint effort of our member societies, I am confident that we can make ICIAM a stronger international organization. It is my great honor to be part of this great endeavor, and I look forward to the next four years.