For 2003 the Prize Committee was chaired by Olavi Nevanlinna, the then-current President of ICIAM. Other members were:

Each prize has its own profile. Their specifications and recipients were as follows:

funded by SMAI, SEMA and SIMAI, has been established to provide international recognition to individual mathematicians who have made an exceptional contribution to applied mathematics throughout their careers.

The ICIAM Lagrange Prize for 2003 was awarded to Professor Enrico Magenes, Università di Pavia, for his contributions to the development of Applied Mathematics at the worldwide level.

In a remarkable series of papers, followed and made complete in a three-volume book in cooperation with J.L. Lions (Nonhomogeneous Boundary Value Problems and Applications), he set the foundations for the modern treatment of partial differential equations, and in particular the ones mostly used in applications. This includes the systematic treatment of variational formulations, as well as the paradigm ``regularity-results-transposition-interpolation,'' and allows a fully detailed use of the properties of trace spaces. The book has been the reference book for more than thirty years, for the completeness of the results reported there, but even more for the strategy of approach to problems. After that, the scientific activity of Magenes moved even further in the direction of application. In the early seventies he founded the Institute of Numerical Analysis in Pavia, which he directed for more than twenty years, keeping it in close contact with the top level scientific institutions all over the world, and making it the source of a number of highly successful scientists and of several pioneering results.

Apart from his continuous inspirational influence, he contributed personally to the development of a totally new technique for treating free boundary problems by means of variational inequalities, with remarkable applications to several important problems such as the flow of fluids through porous media or the phase-change phenomena. But even if his own results have been of paramount importance, his major merit is surely in the impulse he gave, and the influence he had in starting, encouraging and sustaining a way of doing mathematics that joined the rigour, the elegance and the deepness of so-called pure mathematics with the real-life problems that have to be faced in applications. If the combination of pure mathematics and applications is what Applied Mathematics is nowadays, Magenes is surely among the ones that deserve most credit.

The subcommittee for ICIAM Lagrange Prize was:

funded by GAMM, has been established to provide international recognition to individual scientists under 42 years of age for outstanding work on industrial and applied mathematics.

The ICIAM Collatz Prize for 2003 is awarded to Professor Weinan E, Princeton University, as a scientist under 42 years of age having already an outstanding scientific reputation in the field of industrial and applied mathematics.

Weinan E was born in 1963 in China where he also finished his bachelor and master degrees. He received his PhD from the University of California at Los Angeles in 1989 (under Björn Engquist). He was a long-term member of the Institute of Advanced Studies in Princeton from 1992 to 1994 and became a professor at the Courant Institute at New York University in 1994. In 1999, he moved to Princeton University where he holds a professorship in the Department of Mathematics and in the Program in Applied and Computational Mathematics. In 1996 he received the US Presidential Early Career Award for Scientists and Engineers, and in 1999 he was awarded the Feng Kang Prize for Scientific Computing.

The scientific work of Weinan E covers many areas of applied mathematics ranging from fluid dynamics to condensed matter physics, including incompressible flows, turbulence, statistical physics, superconductivity, liquid crystals and polymers, epitaxial growth, and micromagnetics. His early contributions were in the field of homogenization of fully nonlinear wave equations, and multiscale problems has remained one of his major fields until today. In his subsequent work on liquid crystals he provided a geometrically nonlinear continuum model, which allowed for a first explanation of the formation of filaments in the smectic-isotropic transition. In micromagnetics he devised, partially together with Garcia, Wang and Gimbutas, new numerical algorithms for finding solutions to the Landau-Lifshitz- Gilbert equation. Thus, for the first time fast-switching processes and the hysteresis effect in ferromagnetic materials can be simulated reliably and efficiently.

Weinan E is a scientist of exceptional vision and scope. His work is a sophisticated combination of modeling, mathematical analysis, and numerics, and it is always devoted to providing new insights into real-world processes.

The subcommittee for ICIAM Collatz Prize was:

funded by SIAM, is for pioneering work introducing applied mathematical methods and scientific computing techniques to an industrial problem area or a new scientific field of applications. The prize commemorates the spirit and impact of the American pioneers.

The ICIAM Pioneer Prize for 2003 was awarded to Professor Stanley Osher, University of California, Los Angeles, in recognition of his outstanding contributions to applied mathematics and computational science — particularly his work on shock-capturing schemes, PDE-based image processing, and the level-set method.

Professor Osher's work on shock-capturing schemes for conservation laws has been extremely influential in computational fluid dynamics (CFD). In the late 1970s and early 1980s he developed, with various collaborators, monotone and total-variation-decreasing (TVD) schemes which quickly became very popular. Later, with collaborators, he introduced essentially-non-oscillatory (ENO) schemes, which have found widespread use in compressible CFD. Further developments include WENO schemes, and shock-capturing methods for solving Hamilton-Jacobi equations. Osher's work with L. Rudin on total-variation- based image restoration was among the first applications of PDE methods to image processing. This work has been very influential, stimulating mathematical research on PDE-based image analysis, and leading to the development of related methods for various inverse problems. It has also had commercial success through the activities of Cognitech, a company founded by Osher and Rudin.

His work on level-set methods represents a fresh, very powerful approach to the numerical solution of evolutionary free-boundary problems. In the late 80s, with J. Sethian, Osher addressed the propagation of codimension-one fronts with curvature-dependent speed. Since then, with various collaborators, he has addressed a wide variety of related problems, developing techniques for handling nonlocal velocity laws, triple junctions, and higher-codimension sets. He has, moreover, demonstrated the value of these techniques by applying them to problems from materials science, geometry, and fluid dynamics.

This Pioneer Prize recognizes Professor Osher for his many deep and novel mathematical contributions, which have had remarkable impact on computational science.

The subcommittee for ICIAM Pioneer Prize was:

funded jointly by the IMA and the James Clerk Maxwell Foundation, to provide international recognition to a mathematician who has demonstrated originality in applied mathematics. 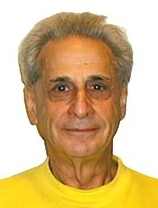 The ICIAM Maxwell Prize for 2003 was awarded to Professor Martin D. Kruskal, Rutgers University, for discovering the particle-like behaviour of solitary waves, which he named `solitons'; for introducing the inverse scattering transform method of solving the initial-value problem for the KdV equation; and for many other contributions to applied mathematics.

Martin David Kruskal was born in New York in 1925. He did his first degree at the University of Chicago and obtained his PhD from New York University in 1952. He then moved to Princeton, first to Physics and later to Mathematics. Since 1989 he has held the David Hilbert Chair of Mathematics at Rutgers University.

Martin Kruskal is most famous for the invention of the inverse scattering transform method. The key discovery was the particle-like behaviour of solitary wave solutions of the Korteweg de Vries equation; Kruskal named these waves `solitons' and showed how they could be used to solve initial value problems for a whole class of nonlinear partial differential equations. This work has led to a host of further developments by Kruskal and others and has transformed the theory of nonlinear partial differential equations. Kruskal has also done seminal work in plasma physics and astrophysics; in particular he has shown that the singularity of the Schwarzschild solution of Einstein's equations of general relativity is not an actual singularity of the geometry but is an apparent singularity due to the coordinate system. More recently he has returned to pure mathematics and the study of surreal numbers.

Kruskal's work has already been recognized; he is a member of the National Academy of Sciences, foreign member of the Royal Society of London and the Russian Academy of Natural Sciences and has been awarded a number of prizes including the President's National Medal of Science in 1993. It is very appropriate that the international applied mathematics community should now acknowledge Martin Kruskal's achievements by the award of the James Clerk Maxwell Prize.

The subcommittee for ICIAM Maxwell Prize was: