A Personal Experience of This Year's Abel Week Events

The announcement of the 2019  Abel Prize on March 19th was a very exciting moment: for the first time a woman would be its recipient!  Karen Uhlenbeck had been chosen by the Abel Committee and that was great news.The citation written by the committee said that she was getting the Abel Prize "for her pioneering achievements in geometric partial differential equations, gauge theory and integrable systems, and for the fundamental impact of her work on analysis, geometry and mathematical physics." I have known Karen Uhlenbech for many years, and when her pirze was announced, I remembered that at the beginning of my career I often read articles of hers. 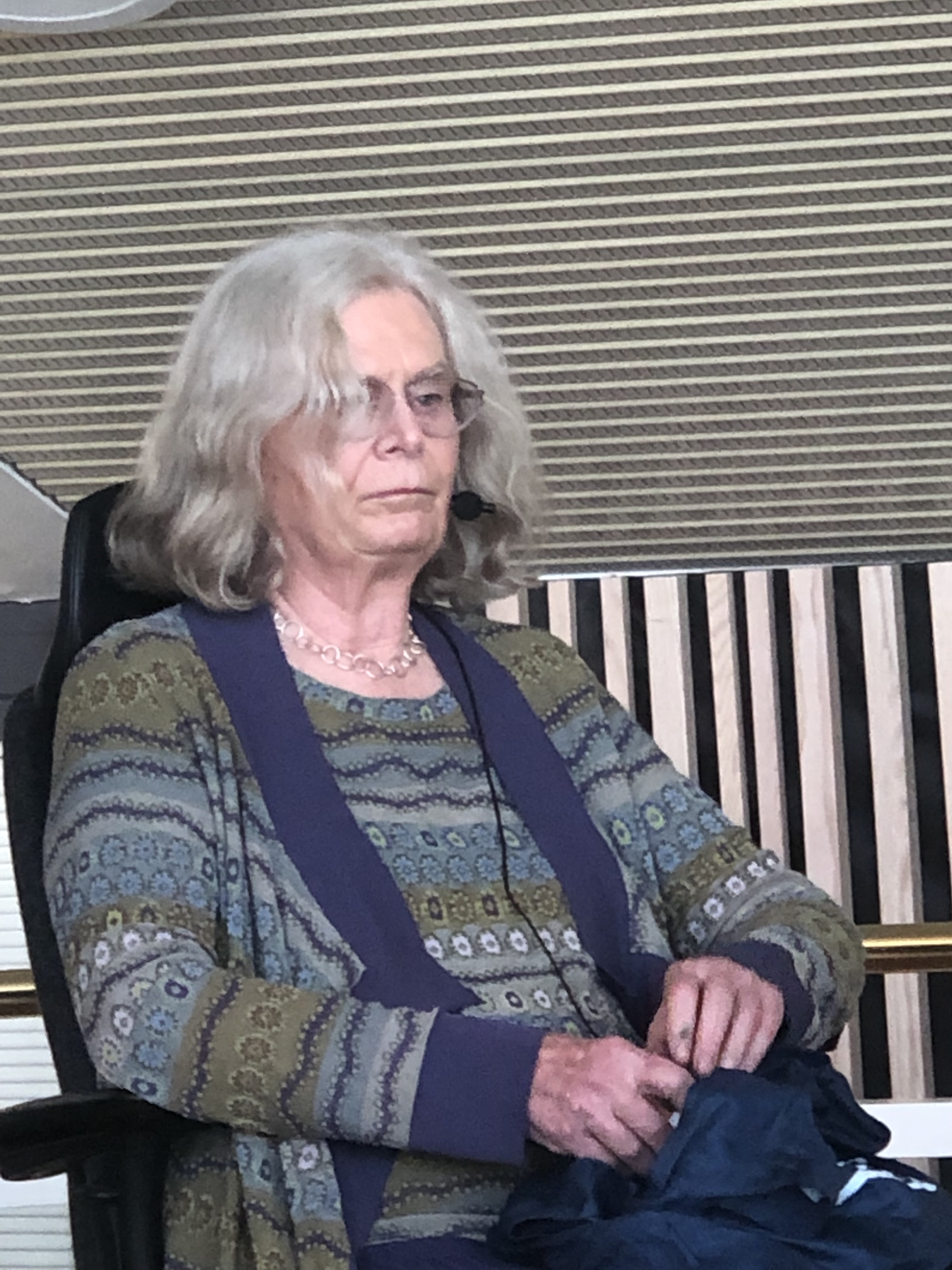 The Abel ceremony and the Abel celebrations took place in Oslo on May 20-22. As president of ICIAM I was invited to all the events of the week and even if every time I have attended it I found the ceremony, the interviews and the lectures interesting, this time the event had an extra nice touch.

The first day, as usual, a wreath-laying at the Abel Monument in the Palace Park took place in the afternoon, and after that, there was a dinner for mathematicians in the beautiful abode of the Norwegian Academy of Sciences and Letters. Karen Uhlenbeck was there, certainly happy, but at the same time, unassuming and probably a little overwhelmed by all the attention she was getting. During the dinner I was seated between Robert F. Williams, mathematician and Karen's husband and Richard Palais, Karen's advisor, the Palais of the the famous Palais-Smale compactness condition that I have used so much in my research, and whom I had never met before. That was also exciting for me. Karen was sitting just in front of us. 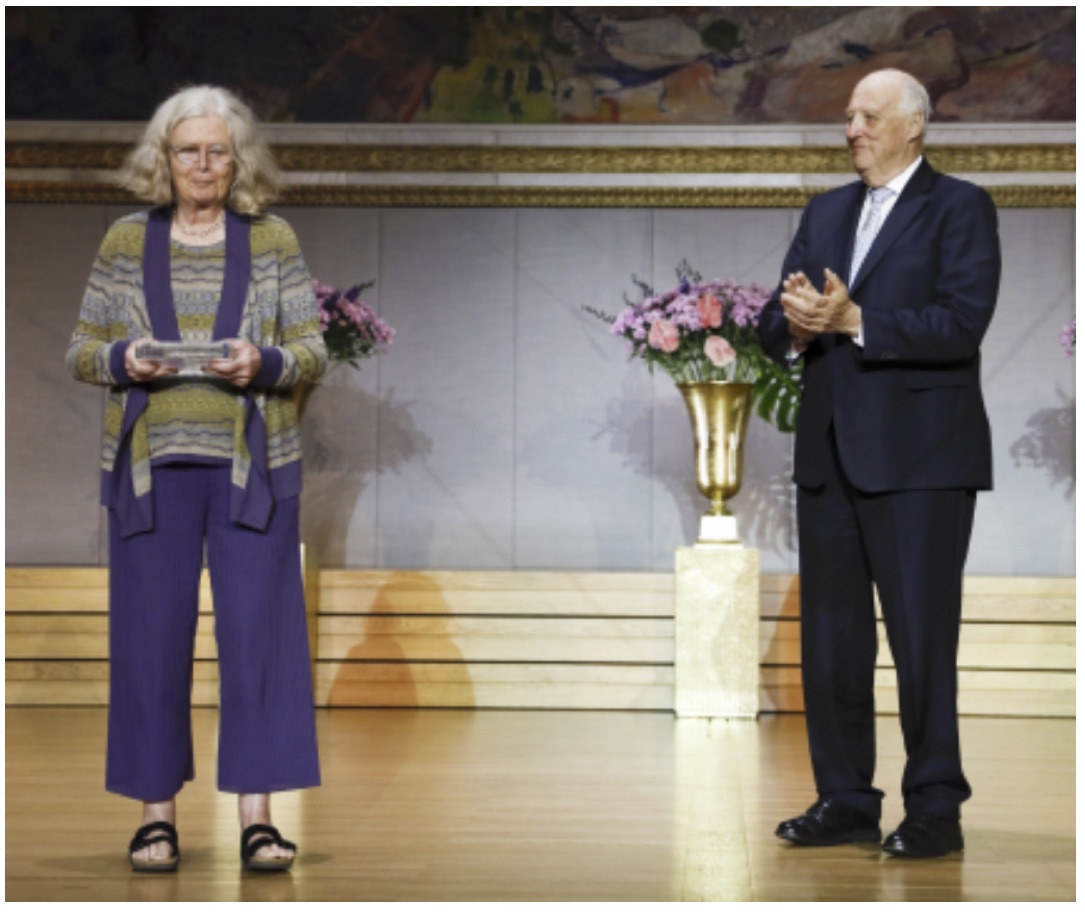 The next day the Abel Ceremony took place in the University Aula in Oslo, a wonderful building whose main hall is covered with paintings by the famous Norwegian painter Edvard Munch. As usual, the ceremony was very beautiful, with a lot of nice touches. The King of Norway, H.M. King Harald V, presented the Abel prize to Karen and several people gave speeches (the president of the Academy, the chair of the Abel committee and Karen herself). In her speech Karen spoke about her life as a mathematician, and stressed that she had been lucky for two things: to grow in a family where, being a woman, she had had no problem to go into science; also, because the women's feminist movement of the 60's opened doors that made her career as a woman mathematician easier to develop. The ceremony's schedule and speeches and events were separated by pieces of music and singing. This year a modern Norwegian choir was in charge of these music interludes. 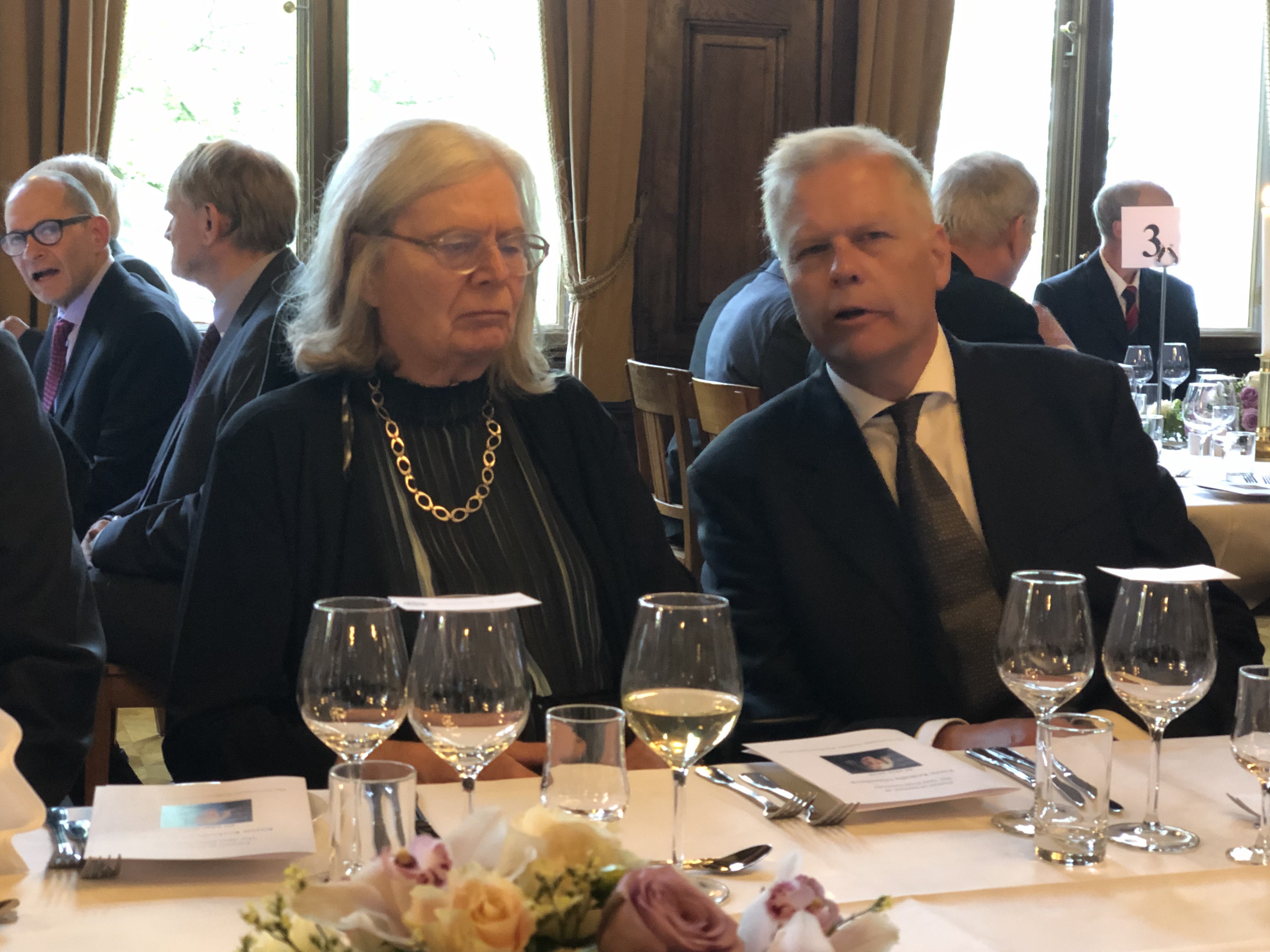 After the ceremony, a little reception in the nearby Det Norske Teatret was the occasion to listen to a conversation between the very well known science communicator Ionica Smeets and Karen Uhlenbeck. Several topics were raised during that interview, and Karen explained again some of her experiences, and talked about the "Women in Mathematics" summer program that she had helped to create in the Institute for Advanced Studies in Princeton. Again during this interview she gave an impression of modesty and of trying to be very patient despite the huge attention that was pouring over her. 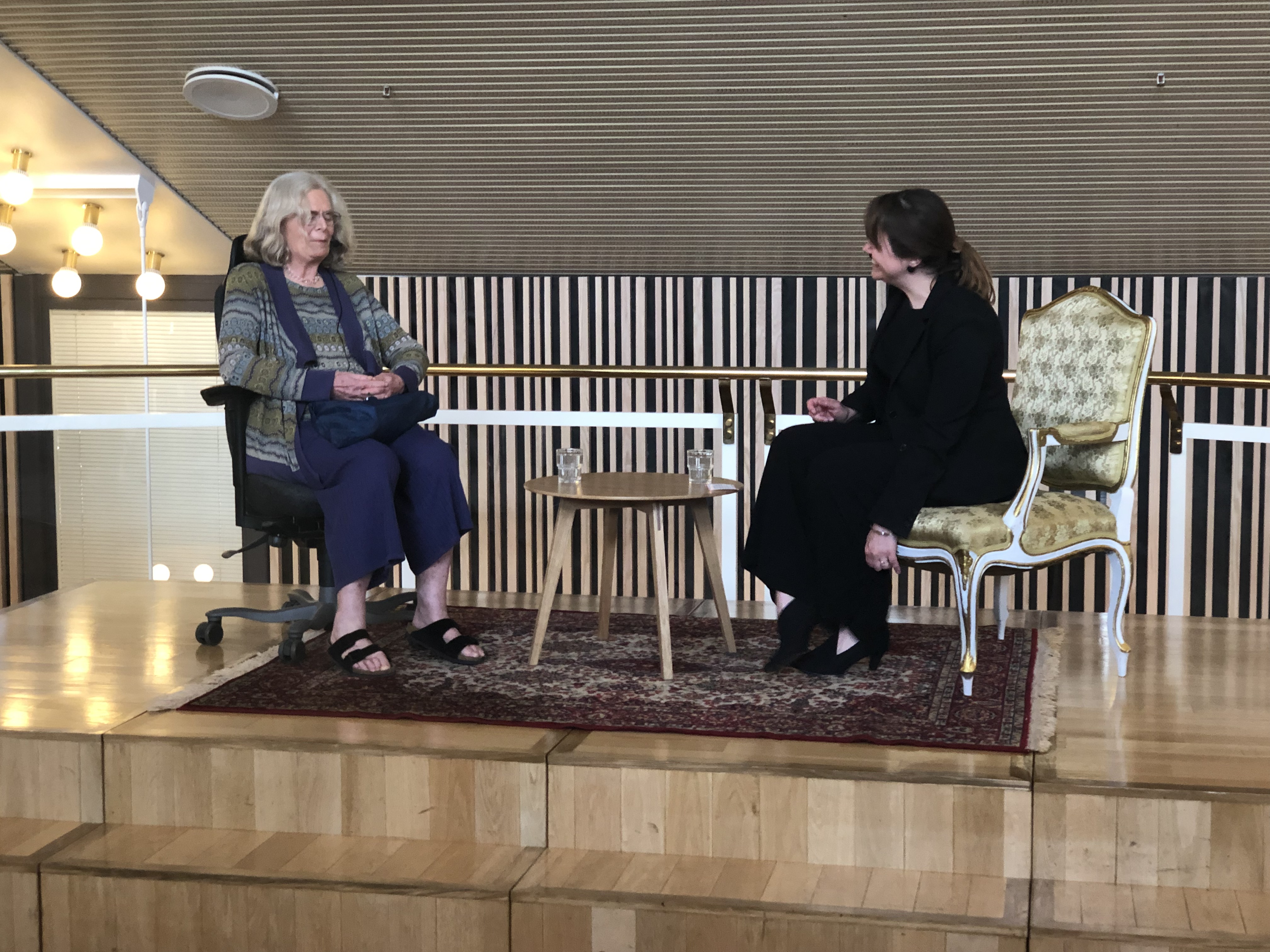 The same evening the traditional dinner, organized by the Norwegian Government in the old and impressive halls of the Akershus Castle, was a very nice gathering of mathematicians, politicians and representatives of very diverse groups of Norwegian society.  It was nice and lively mix, that got a little quieter when his majesty the King arrived. Again music and a speech created some animation during the dinner. The new president of the IMU, Carlos Kenig, delivered a touching speech, with some personal anecdotes and reminiscences about his interaction with Karen Uhlenbeck when they were colleagues in Chicago many years ago.

On Wednesday the main festivities were over, and it was time to work! The Abel lectures took place at Oslo University, in a quiet and very nice campus a little bit away from the city center. After the usual and mandatory speeches, Karen Uhlenbeck shared with all of us ``Some Thoughts on the Calculus of Variations". After her, there were two talks related to her work, by Chuu-Lian Terng and Robert Bryant. The final lecture was a public lecture by the very funny and lively mathematician and you-tuber Matt Parker, whose tittle was ``An Attempt to Visualise Minimal Surfaces and Maximum Dimensions". His talk was really informative, entertaining and amusing. 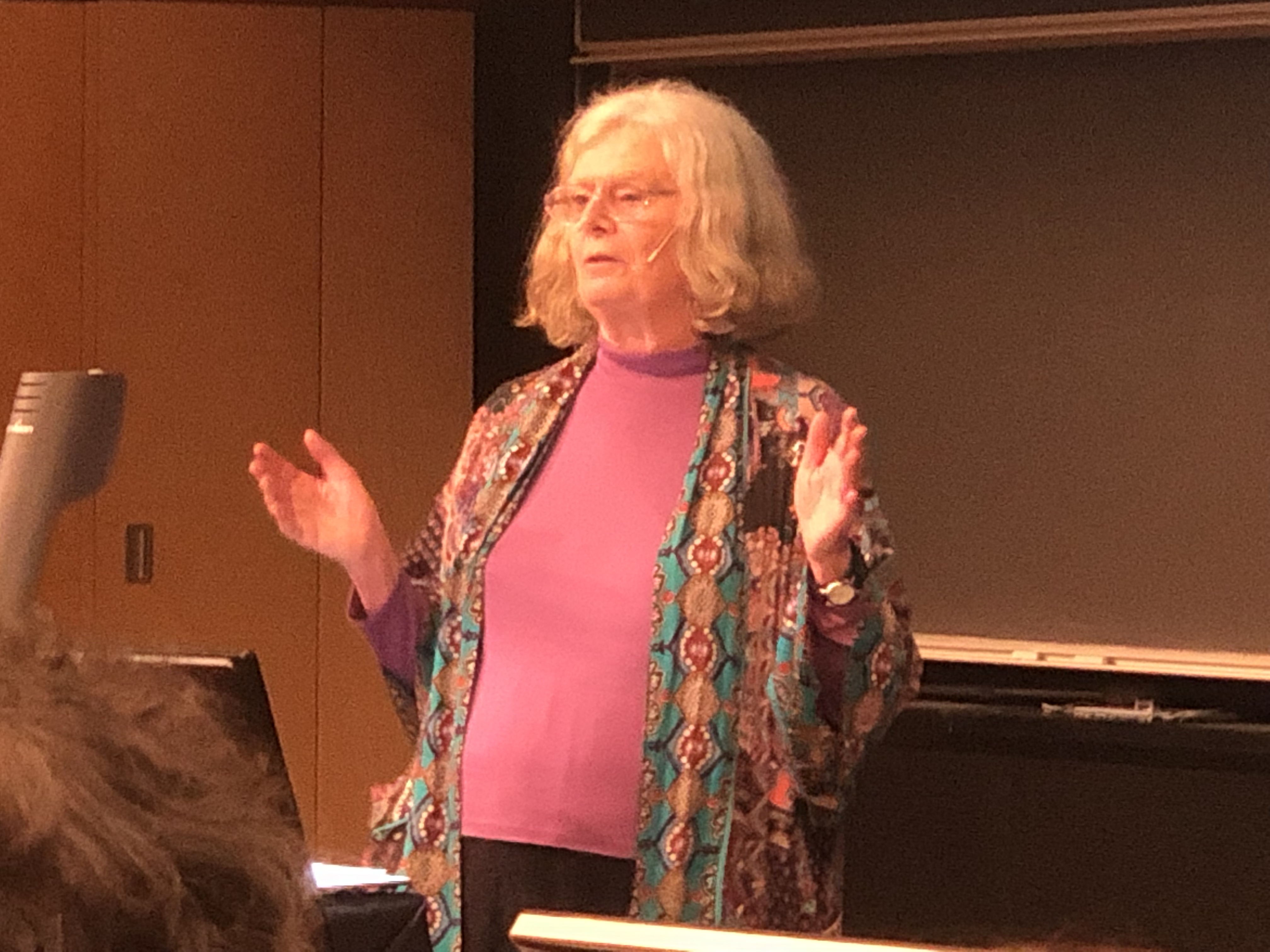 The day ended with the Abel party, a relaxed reception at the Academy, with music and less formality than the previous events.

The next day Karen Uhlenbeck was to travel to Bergen, where other events, including students this time, had been organized.

More information about the Abel week and about Karen Uhlenbeck, including a little movie, made for the occasion,  can be found at the address
http://www.abelprize.no/nyheter/vis.html?tid=74332