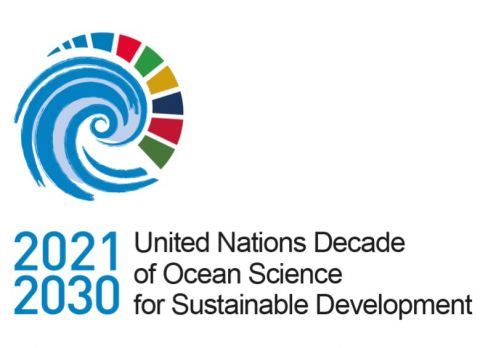 The UN general assembly has proclaimed the Decade of Ocean Science for Sustainable Development (2021-30). The French National Centre for Scientific Research (CNRS) is among the world's leading research institutions. Its scientists explore the living world, matter, mathematics, the universe, and the functioning of human societies in order to meet the major challenges of today and tomorrow. How does this institution plan to address the specific issue of the ocean, and what role may mathematics play?

Anne Corval, advisor to the scientific director of the CNRS, coordinated a Task Force Ocean to prepare the institution for this Decade, and Fabrizio D’Ortenzio, oceanographer at the CNRS, was one of the animators of the meetings organized to gather contributions from all sciences. In this interview, they address this question.

What is the strategy of the CNRS to address the UN Decade of Ocean Science for Sustainable Development? 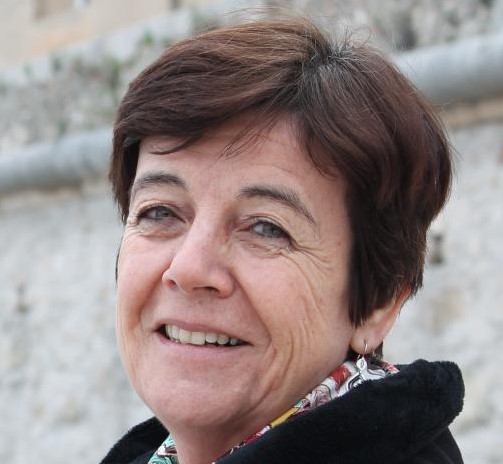 Anne Corval. In this context, and in relation to its more general implication with the UN sustainable development goals, the CNRS launched, as early as 2018, a Task Force Ocean (TFO) aiming at:

The need for interdisciplinary exchange to (1) identify issues related to the ocean and for which the diversity of the CNRS is an under-exploited asset and (2) build new approaches in the way to handle these issue appeared very quickly. The first step was to gather, in January 2020, about a hundred scientists from all disciplines in order to know the different work carried on in the research departments affiliated to the CNRS and related to the ocean, and to work on the identification of guidelines for a shared strategy.

How was this meeting organized in order to gather the contributions of all the disciplines that were represented and that can be as different as Mathematics and Humanities and Social Sciences?

Anne Corval. A first session of plenary conferences presented the major issues the ocean has to face: (i) interaction between ocean and climate, (ii) evolution of marine biodiversity, (iii) blue growth versus resilience of the ocean, and (iv) protection measures that have to be enforced. The 108 participants were then divided into 4 parallel workgroups:

Every participant was asked to participate in two different workgroups in order to confront and crossbreed different scientific approaches. Each group was conducted by three or four scientists from different disciplines.

A synthesis was then performed within each group, and a global synthesis was then written by the scientists who conducted the four workgroups. This synthesis now serves as the basis of a Research Group on the Ocean, a network that should start, in 2021, to support the scientific animation of this new interdisciplinary community around the ocean.

You conducted the first of the workgroups (Ocean at the digital age: observation, modeling, data). Can one say that we are witnessing the emergence of a new interdisciplinary effort to answer the environmental and societal challenges related to the oceans? 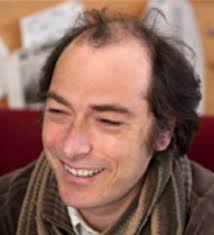 Fabrizio D’Ortenzio. We start from a situation where interdisciplinarity around ocean studies has reached different levels, depending on the scientific discipline. It is very strong between physics and mathematics for instance, and probably less between, say, humanities and engineering. Even though we may all work on issues related to the ocean, there is very often a lack of knowledge about the organization of the research activities in other disciplines, and even about these research activities themselves! But the environmental issues at stake are so important that researchers are very willing to go further in this interdisciplinary path; they are probably more advanced than the research institutions on this matter.

Mathematics play a role in many of the issues discussed during this meeting (multi-scale analysis, model coupling, data analysis, scientific computing, population dynamics, etc). However, the involvement of mathematicians in this ocean related research activity is far below what it could be. What is the reason for that?

Fabrizio D’Ortenzio. One of the most obvious conclusions of this meeting is that interdisciplinarity works well when all the scientists involved participate in the construction of the research program and are not treated as mere service suppliers. A mathematician, as a researcher, has his or her own research program, and is not in general interested in solving someone else’s technical questions, especially if they are not especially interesting from the mathematical viewpoint. But the same mathematician might be thrilled to contribute to a collective scientific effort if he or she has the opportunity to participate in it, and his or her expertise can bring much more than the answer to some technical questions. The same thing holds true for other disciplines of course; for instance, researchers in social sciences are often contacted at the very end of a research project to assess its social acceptability, while they can bring much more if they participate in the project from the beginning.

You recently created a new interdisciplinary network related to oceans. Could you give some details?

Fabrizio D’Ortenzio. The CNRS is probably one of the most inter- and multi- disciplinary research organization in the world. CNRS members provide high-level science in nearly all the disciplines of modern research. The CNRS is therefore a perfect organization to initiate a “real” multi-disciplinary effort around a specific “object”, such as the ocean. The GDR ("research federation" or “groupement de recherche” in French) “Ocean and Sea” is then a way to concentrate, organize and encourage the efforts of CNRS around research on the oceans. The activities of the GDR will focus in particular on the “no man’s land” between the disciplines, trying to foster connections between the scientists and the laboratories interested in the understanding of the oceans, their sustainable development and protection. A very large committee, composed of representatives of all the disciplines (that is, from physics to literature and sociology), will determine all the marine/oceanic topics demanding a multi-disciplinary approach, and also will try to organize the different communities to answer the related scientific questions in a more efficient way.

What role do you expect for mathematicians?

Fabrizio D’Ortenzio. The need for mathematicians is very strong in ocean research and they are involved at many steps: multiscale analysis, inverse problems, big data and artificial intelligence, model coupling, population dynamics, scientific computing, etc. But they are very often contacted too late or only when their help is needed, not from the beginning of the conception of the research program, which they could have pointed the project in a much more efficient way regarding mathematical issues if they had been involved earlier. A few years ago, a report “Mathematics & the complexity of the earth system” was published by the MathsInTerre research think tank, showing how the input from mathematics could be beneficial in many aspects, and reciprocally, how new mathematical theories could arise from such collaborations. 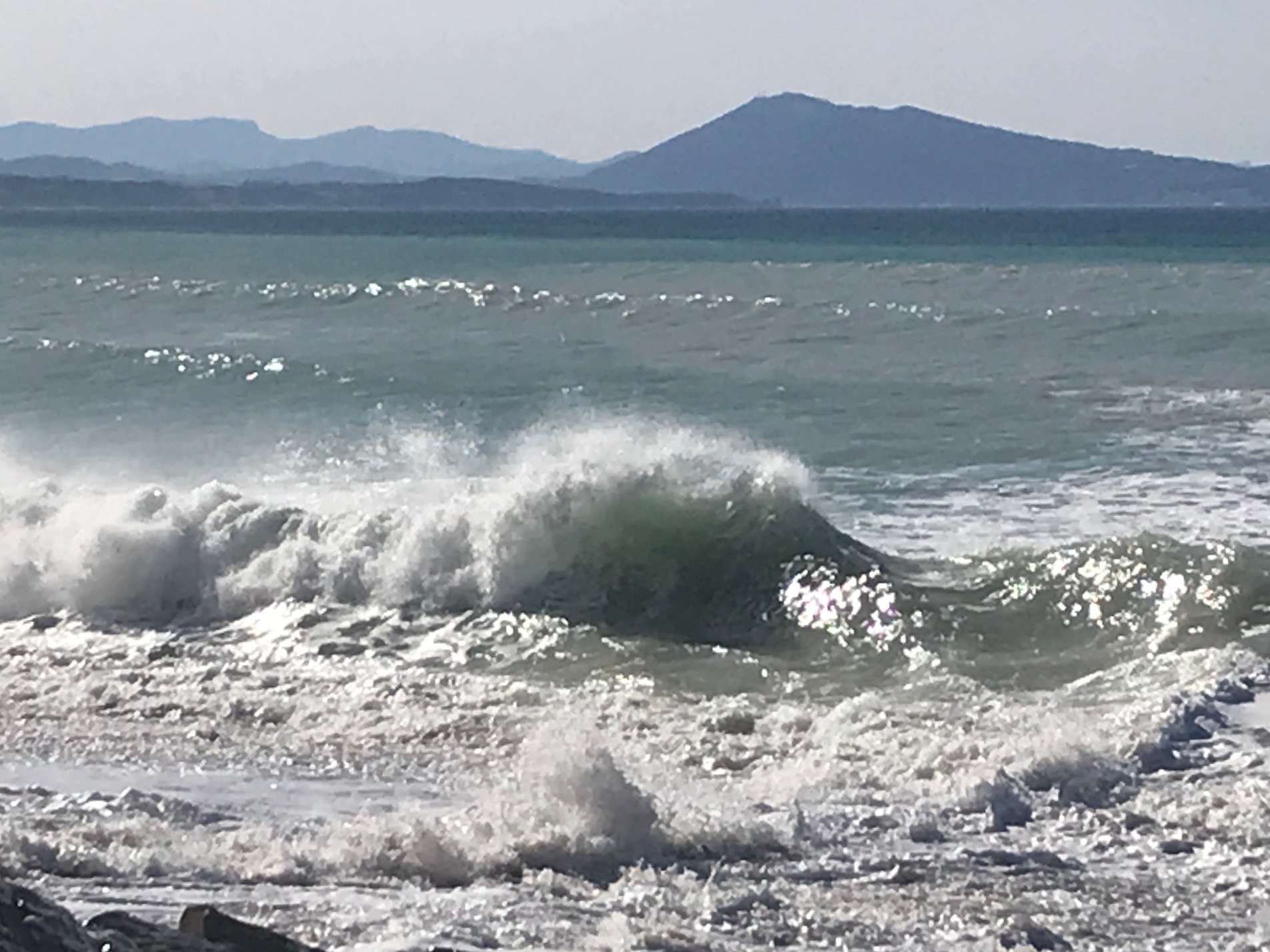 David Lannes is a CNRS senior researcher at the University of Bordeaux. His research area is the analysis of nonlinear PDEs and interdisciplinary research: nonlinear optics, modelling of waves in coastal regions and wave-structure interactions.