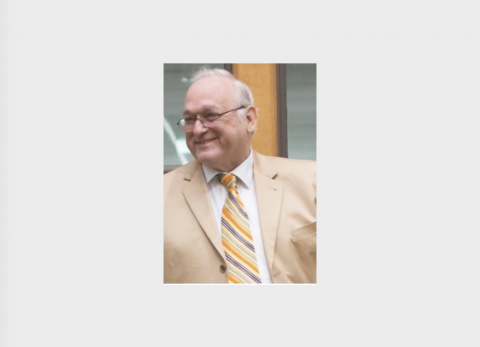 It is with great sadness that we report that Robert E. O’Malley, Jr., who was president of SIAM from 1991 to 1992, passed away on December 31, 2020 at the age of 81. He was a world-renowned expert on singular perturbation problems, having written many impactful books and journal articles on the subject.

Bob was born on May 23, 1939 and grew up in Somersworth, NH. He began his higher education at the University of New Hampshire, where he earned a B.S. in electrical engineering in 1960 and an M.S. in mathematics in 1961. Bob received his Ph.D. in mathematics from Stanford University in 1966, where he wrote a dissertation on two-parameter singular perturbation problems under the supervision of Gordon E. Latta.

Bob enjoyed a long and illustrious career in mathematics. After short appointments at the University of North Carolina, Bell Laboratories, New York University’s Courant Institute of Mathematical Sciences, and the University of Wisconsin’s Mathematics Research Center (where he met Candy, his wife), he returned to New York University in 1968. While there, Bob worked with Joseph Keller and other predominant researchers. This stint was followed by a one-year visit to the University of Edinburgh. Bob’s lectures at these institutions formed the basis of his first book, Introduction to Singular Perturbations, which was published in 1974.

In 1973, Bob joined the Department of Mathematics at the University of Arizona; he founded Arizona’s Program in Applied Mathematics in 1976. During this period, Bob worked extensively on singular perturbation problems in control theory. He was a forceful advocate for applied mathematics at Arizona and was especially supportive of young faculty.

Bob moved to Rensselaer Polytechnic Institute (RPI) in 1981, where he was Ford Foundation Professor, Chairman of the Faculty, and head of a Department of Mathematical Sciences that emphasized applied mathematics and computer science. Many years later, in 1999, Bob’s colleagues at RPI hosted an O’Malley-fest: a workshop on singular perturbations that brought roughly 60 mathematicians to Troy, NY, to celebrate Bob’s 60th birthday.

At the end of 1990 and soon after a sabbatical to the Technical University of Vienna, Bob moved to the Department of Applied Mathematics at the University of Washington. He served as chair of the department and was the Graduate Program Coordinator for many years. He retired in 2009 but remained active as professor emeritus.

Bob was very productive during his time in academia and received many honors. He was a member of the inaugural class of Fellows for both SIAM and the American Mathematical Society. His SIAM Fellow citation specifically mentions his contributions to asymptotics and singular perturbation theory. According to Mathematical Reviews, Bob authored 161 publications — including four books.

Bob was an extremely active member of SIAM and was president from 1991 to 1992. He also served as Vice President for Publications, sat on many editorial boards, and was involved in the organization of several meetings — most notably as Program Chair for the second International Congress on Industrial and Applied Mathematics (ICIAM), which took place in Washington, D.C. in 1991. He was even SIAM’s representative to the ICIAM Board in its formative years. In 2000, Bob became editor of the “Book Reviews” section of SIAM Review; he enjoyed this responsibility so much that he continued in the role through 2014, five years after his retirement. Thanks to his selections of books and reviewers, this section became one of the journal’s most popular aspects. 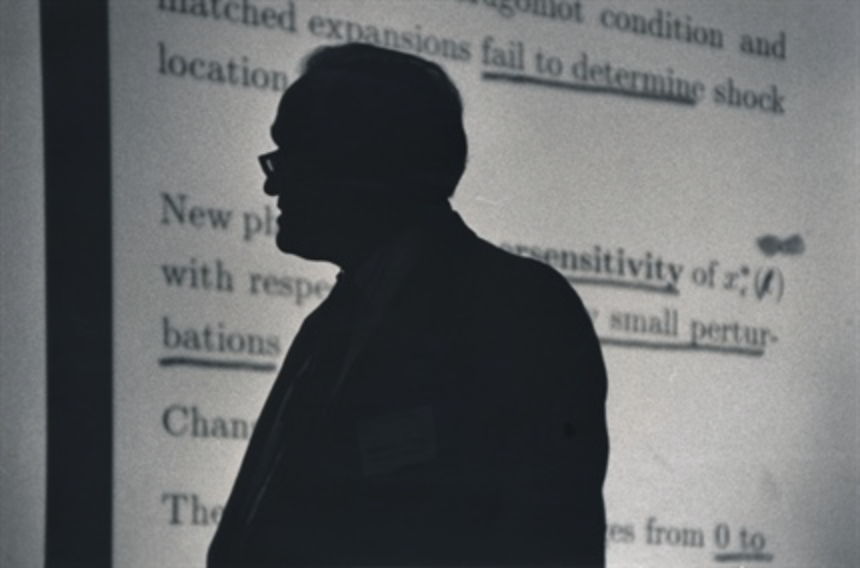 Bob loved his work. He routinely came to campus even after he retired, and we had a better chance of running into him at the office than any other colleague. He loved differential equations, especially those that looked deceptively simple but presented examples or counterexamples of phenomena that he sought to understand. In fact, he was working on a new book about ordinary differential equations and collecting many such equations when he passed away. Throughout his career, Bob updated the techniques he used to approach these problems; he recently spent significant time on renormalization-based methods that originated in the physics literature.

Bob also loved books. He loved reading them, writing them, reviewing them, talking about them, and recommending them to others. His office was always filled with precariously-towering stacks of texts, particularly during his many years as editor of SIAM Review’s “Book Reviews” section. In addition, Bob loved exploring the history of mathematics. He enjoyed reading and writing about this history, and peppered his lectures with fascinating historical anecdotes. His 2014 book, Historical Developments in Singular Perturbations, combines his affinity for differential equations, history, and books; it likely contains the most complete bibliography on the subject.

Bob loved people. He knew everyone in the asymptotics and perturbation theory community, and many people far beyond it. He always kept an open-door policy and would gladly drop whatever he was doing to talk with whomever entered his office. Graduate students adored Bob, and many former students and colleagues would detour on their way through Seattle to visit him. He greeted everyone with his kind smile and made them immediately feel at ease during conversation. His broad range of interests allowed him to naturally connect with people. Bob often wrote personal notes of encouragement to students long after they had left the department. He was a wonderful colleague and will be sorely missed.

Bob’s funeral mass took place at St. James Cathedral in Seattle, Wash., on January 9, 2021. His son Patrick gave an especially eloquent tribute about the ways in which Bob’s mathematics opened up his family’s world and brought the world to their door. Bob is survived by his wife Candy and his sons Daniel, Patrick, and Timothy.

Bernard Deconinck, Mark Kot, Randall J. LeVeque, and Ka-Kit Tung are faculty in the Department of Applied Mathematics at the University of Washington. All four interacted extensively with Bob O’Malley for many years.