The Norwegian Academy of Science and Letters has decided to award the Abel Prize for 2021 to László Lovász of Alfréd Rényi Institute of Mathematics (ELKH, MTA Institute of Excellence) and Eötvös Loránd University in Budapest, Hungary, and Avi Wigderson of the Institute for Advanced Study, Princeton, USA,
“for their foundational contributions to theoretical computer science and discrete mathematics, and their leading role in shaping them into central fields of modern mathematics”

László Lovász
A brilliant mathematician since he was a teenager, László Lovász more than delivered on his early promise. Born in 1948 in Budapest, Hungary, he has also served his community as a writer of books, noted for their clarity and accessibility, as an inspirational lecturer, and as a leader, spending a term as president of the International Mathematical Union (2007-2010). 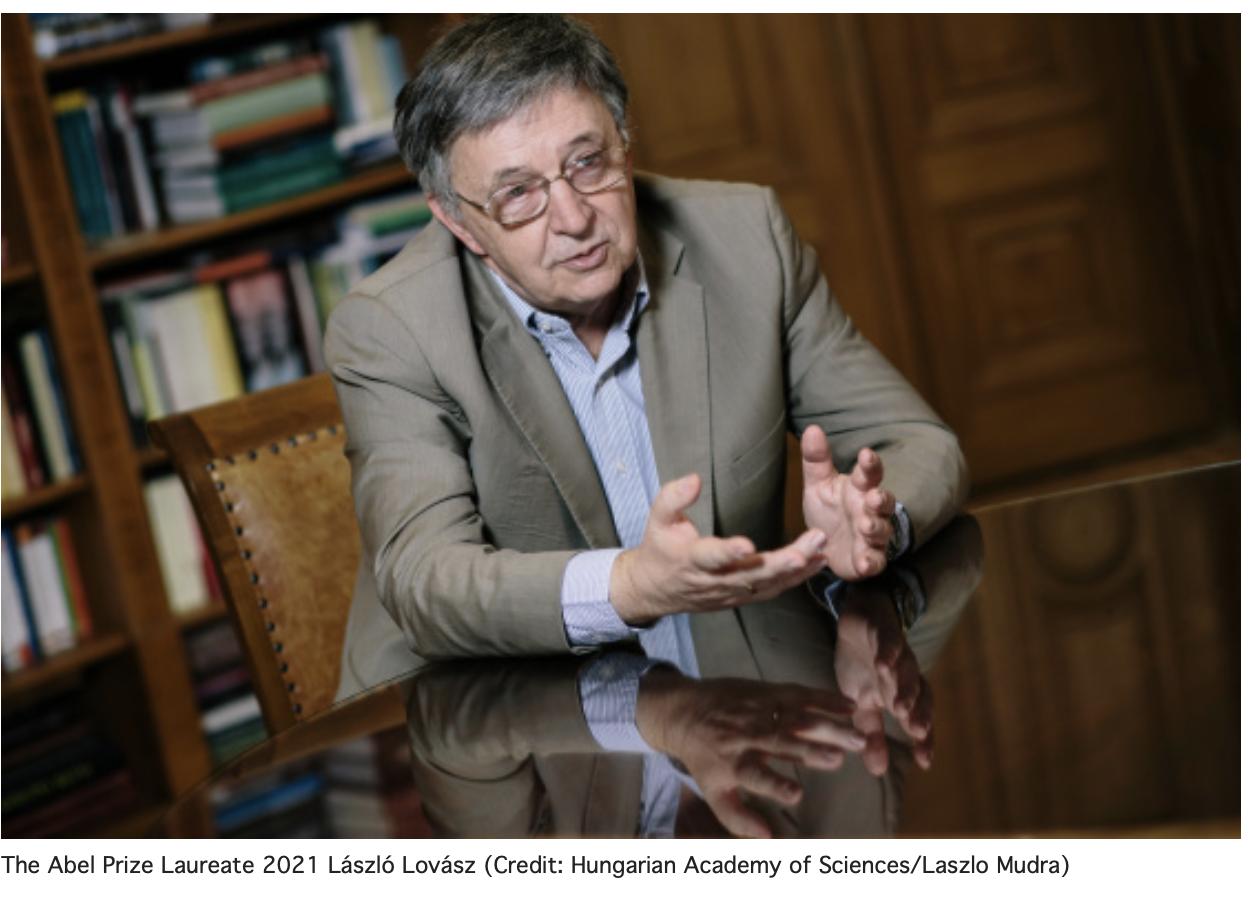 In the 1970s graph theory became one of the first areas of pure mathematics able to illuminate the new field of computational complexity. Lovasz later said that he was very lucky to experience one of those periods when mathematics was developing completely together with an application area. In addition to his work on the foundational underpinning of computer science, Lovász has also devised powerful algorithms with wide-ranging applications, such as the LLL algorithm, which has had remarkable applications in areas including number theory, cryptography and mobile computing.

Avi Wigderson
Wigderson is known for his ability to see links between apparently unrelated areas. He has deepened the connections between mathematics and computer science. He was born in Haifa, Israel, in 1956. His contribution to enlarging and deepening the field of 'complexity theory’ – which concerns itself with the speed and efficiency of algorithms – is arguably greater than that of any single other person. 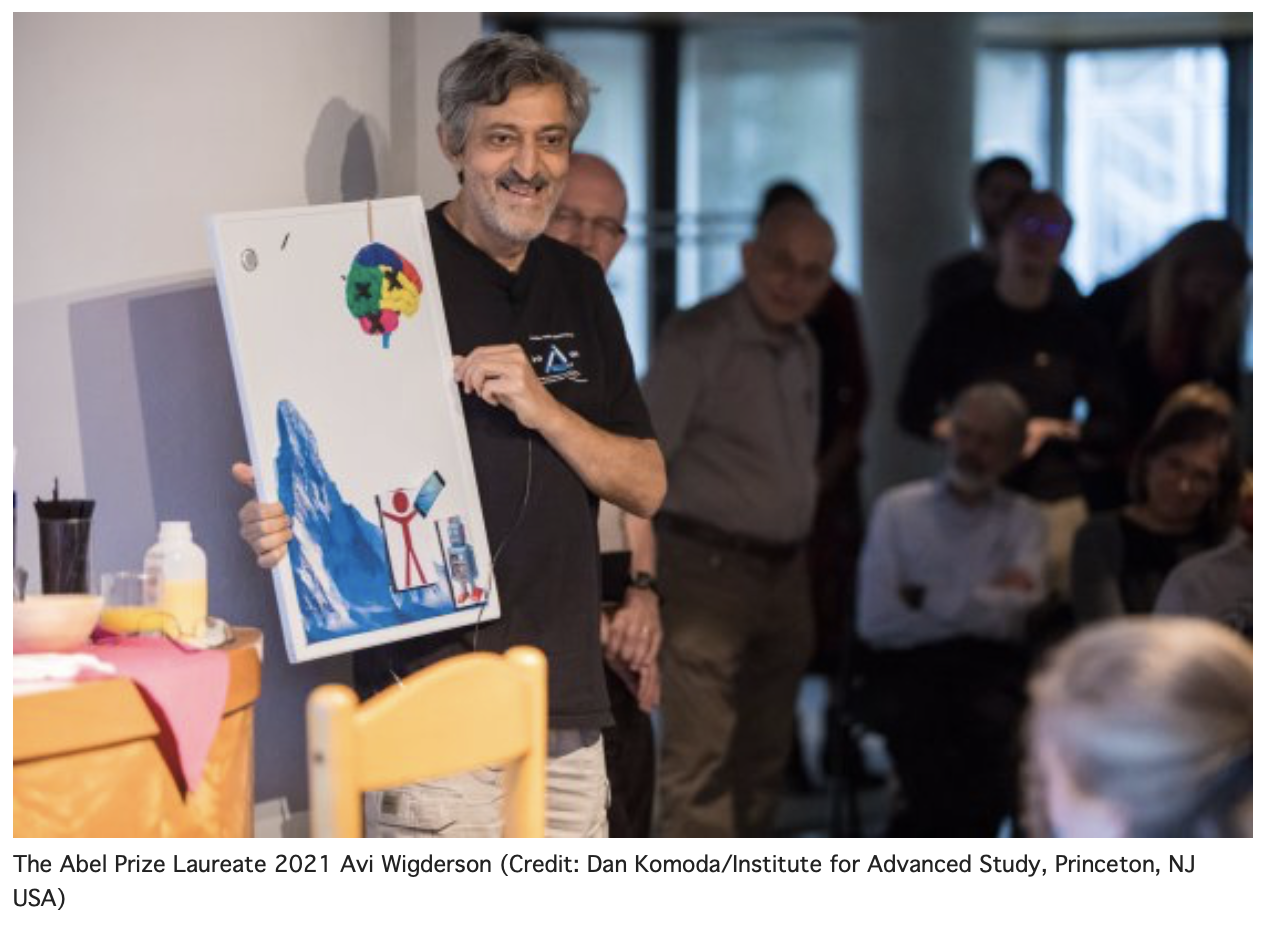 Wigderson has conducted research into every major open problem in complexity theory. In many ways, the field has grown around him. He has co-authored papers with more than 100 people.

The most important present-day application of complexity theory is internet cryptography. Early in his career Wigderson made fundamental contributions in this area, including the zero-knowledge proof, which today is being used in cryptocurrency technology.

In 1994, Wigderson won the Rolf Nevanlinna Prize for computer science. Among his many other prizes are the 2009 Gôdel Prize and the 2019 Knuth Prize.

Algorithms and internet security
The theory of ‘computational complexity’ – which concerns itself with the speed and efficiency of algorithms – was in its infancy in the 1970s, and is now an established field of both mathematics and theoretical computer science. Computational complexity has become important, providing the theoretical basis for internet security. Also in the 1970s a new generation of mathematicians realised that discrete mathematics had, in computer science, a new area of application. Today algorithms and internet security aspects are an integral part of everyday life for all of us. The work of László Lovász and Avi Wigderson has played an important part of this development.

“Lovász and Wigderson have been leading forces in this development over the last decades. Thanks to their leadership discrete mathematics and the relatively young field of theoretical computer science are now established as central areas of modern mathematics,” says Hans Munthe-Kaas, chair of the Abel committee.