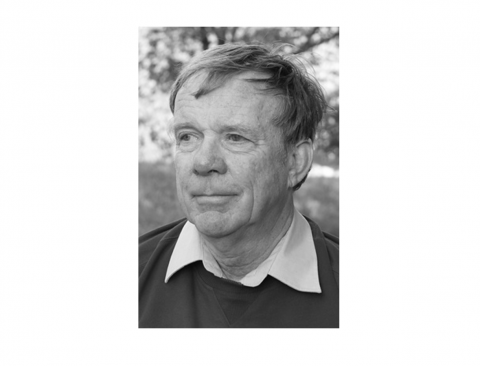 Andreas Griewank passed away suddenly and unexpectedly on September 16, 2021, at the age of 71. We mourn the loss of an outstanding, internationally recognized mathematician whose groundbreaking contributions in algorithmic/automatic differentiation (AD) shaped the field of modern-day optimization.

Andreas was born in Kassel, Germany, on January 26, 1950. After finishing high school at the Albert-Schweitzer-Gymnasium in 1968, he enrolled at the Technische Universität in Clausthal-Zellerfeld and began studying mathematics and physics. Andreas moved to Freiburg in 1972 and pursued mathematics, physics, and economics at Albert-Ludwigs-Universität. He graduated with distinction in 1975 with a diploma thesis on affine linear automata under the direction of Lutz Eichner. Andreas then joined the Computer Centre and Department of Computer Science at the Australian National University in Canberra, where he completed his master’s degree in 1977 with a thesis titled A Generalized Descent Method for Global Optimization. He remained in Canberra for his doctorate—advised by Richard P. Brent and Michael R. Osborne—and received his Ph.D. in 1980 for a dissertation on Analysis and Modification of Newton’s Method at Singularities.

After earning his Ph.D., Andreas worked with Michael J.D. Powell as a postdoctoral researcher at the University of Cambridge. In 1982, he became an assistant professor at Southern Methodist University in Texas; he was promoted to tenured associate professor in 1986. From 1987 to 1993, Andreas worked as a senior mathematician at Argonne National Laboratory. He agreed to a professorship at Technische Universität (TU) Dresden in 1993 that included directorship of the Institute for Scientific Computing. He then spent a sabbatical at INRIA Sophia Antipolis in France from 1998 to 1999. After returning to TU Dresden, Andreas accepted a Matheon professorship at the Humboldt-Universität zu Berlin in 2003. He later served as director of the Institute of Mathematics at Humboldt. Following retirement in 2015, Andreas devoted his energy to the newly founded Universidad Yachay Tech in Ecuador, where he was dean of the School of Mathematical and Computational Sciences from 2015 to 2019.

Andreas is widely considered to be the godfather of AD. He began working in this research area in the early 1980s and quickly became the driving force for AD’s development and the field’s leading proponent. His broad perspective covered many areas—including theoretical foundations, efficient algorithms, and the development of mature software tools—and the resulting applications touched a myriad of domains in science, engineering, and economics. In fact, his book Evaluating Derivatives: Principles and Techniques of Algorithmic Differentiation(published by SIAM with coauthor Andrea Walther) is already in its second edition and is still a standard reference on the subject.

Andreas continuously made important contributions to the design and analysis of nonlinear optimization algorithms. Here we mention just a few of his accomplishments in the context of very different aspects of nonlinear optimization. First, Andreas and Philippe Toint jointly developed the idea of partial separability. This structural property is ubiquitous in optimization problems and can be exploited to greatly improve algorithm efficiency. Andreas also advanced the convergence theory of Newton and quasi- Newton methods in multiple settings, including the infinite dimensional setting and the degenerate setting — in which the Hessian is singularly the optimum. These topics were the subject of a frequently cited series of papers that form the basis of ongoing research.

The so-called “Griewank function,” which serves as an academic test function in the field of global optimization, is another one of Andreas’ contributions. This function sees widespread use within the global optimization community and is the subject of renewed interest, as non-convex optimization minimizes objectives in data analysis applications like deep learning.

Andreas made significant service contributions to several different communities, and his scientific work was routinely marked by an abundance of ideas and infectious enthusiasm. He organized numerous conferences and workshops around the world, several of which were under the aegis of SIAM. These meetings often aimed to connect academic researchers with practitioners in the areas of AD and nonlinear optimization, a goal that is consistent with SIAM’s outreach to industry and practice.

In 2001, Andreas received the Max Planck Research Award. He was named a Fellow of SIAM in 2017. Andreas also served SIAM in several different leadership roles; he was elected to the SIAM Council in 2013 and was a member of the Board of Trustees from 2015 to 2016.

Andreas was always passionate about promoting young researchers; he supervised 23 doctoral students and numerous master’s students during his time in academia. He also had a special interest in supporting mathematical education in developing countries. In addition to his commitment at Yachay Tech in Ecuador, Andreas was actively engaged in groups such as the European Mathematical Society’s Committee for Developing Countries and the International Mathematical Union’s Commission for Developing Countries.

His quick death without any significant prior health issues fits Andreas as we knew him. He was restless until the end and always full of energy for life and new mathematical developments. He lived a very fulfilling life and will be severely missed.

This obituary is reprinted from SIAM News, December 2021 (Vol. 54, Issue 10) The original online article is at  https://sinews.siam.org/Details-Page/obituary-andreas-griewank.

Andrea Walther is MATH+ Professor at Humboldt-Universität zu Berlin. Her research is in optimization and algorithmic differentiation (AD). Uwe Naumann is professor at RWTH Aachen University. His research in AD is on combinatorial and other problems.