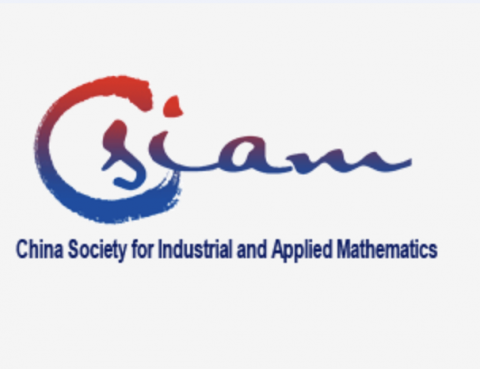 The China Society for Industrial and Applied Mathematics (CSIAM) held its 19th annual conference in Hefei, Anhui Province, China during October 7-10, 2021.  More than 1100 experts in applied mathematics and industries as well as young students from all over the country and abroad attended the conference.

In the three-day conference, there were eight invited plenary and 450 contributed talks, 36 thematic symposiums and four special forums covering the latest research directions and achievements in all aspects of Applied Mathematics in recent years, including the application of mathematics in physics, chemistry, biology, economics, environment, finance, materials, medicine, information, etc. In addition, six mathematicians including Professor Pingwen Zhang, Academician of the Chinese Academy of Sciences and President of CSIAM, made a number of interesting public presentations for students in Hefei, aiming to popularize scientific knowledge and inspire teenagers' interest in understanding mathematics.

The conference opened with an address from the President of CSIAM, Professor Pingwen Zhang. He expressed deep appreciation to all representatives and local organizers, and made an important speech on how mathematics promotes technical innovation, how industrial development promotes the progress of mathematics, and how to further improve the influence of CSIAM.

Professor Yaxiang Yuan, Academician of the Chinese Academy of Sciences and President of ICIAM, extended warm congratulations on the successful convening of the conference, and pointed out that the recent development and progress obtained by CSIAM have been recognized worldwide.

During the conference, CSIAM leadership changed, a new board of directors and board of supervisors of CSIAM were elected, and Professor Pingwen Zhang was elected as President of CSIAM again.

Guiying YAN is a professor at the Academy of Mathematics and Systems Science, Chinese Academy of Sciences (CAS). She received her PhD from Shandong University. She is a Vice-President of National Center for Mathematics and Interdisciplinary Sciences.