The 2022 ICIAM Board Meeting

The 2022 ICIAM Board meeting was held at the University of Strathclyde, in Glasgow, Scotland, on September 3rd 2022. Over 35 participants from around the world attended the meeting in person and online. The meeting was generously supported by one of our UK members, namely the IMA.

The ICIAM Secretary, Sven Leyffer, has been elected as the President of SIAM, which means ICIAM needed to elect a new secretary, one year earlier than usual. We were lucky to have two very good candidates to replace Sven. Following lively presentations and a Q&A session with both candidates, the Board elected Suzanne Shontz (nominated by SIAM) to serve the remaining one year of Sven’s term followed by a full four-year term. Sven Leyffer has served as the secretary of ICIAM for the last seven years; he has made great efforts and made significant contributions to the running of ICIAM. On behalf of ICIAM, I would like to thank him for all he has done for ICIAM.

The Board approved an amendment to the Bylaws, to increase the number of Officers-at-Large from two to six. The Board approved the appointment of Barbara Wohlmuth from the Technical University of Munich, Germany, to chair the Scientific Program Committee for ICIAM 2027. Barbara had been nominated  by the ICIAM 2027 Congress Director, Kees Vuik, and the ICIAM Officers. The Board also approved an update to the Olga Taussky-Todd lecture prize rules to improve the impartiality of the selection committee.

The Board discussed the promotion of activities aimed at young researchers. Some members reported several positive experiences and made suggestions. Such activities will be planned in future events.

The Board also discussed a proposal to initiate an ICIAM Book Series, to be used to publish future versions of the proceedings of ICIAM congresses.

The Board received a report on the progress of the preparations of the ICIAM 2023 Congress from the Congress Director, Professor Shinichi Oishi. In addition, the Board also received reports from the IMU general secretary, Helge Holden, the ISC Committee (by Liliane Barichello), from the CIMPA representative (by Maria Esteban), the SCGES subcommittee (by Carol Woodward), and the Dianoia Newsletter Committee (by Barbara Keyfitz).

The next Board meeting is scheduled for August 26, 2023, in Tokyo, following the ICIAM 2023 Congress.

Two views of the board meeting: 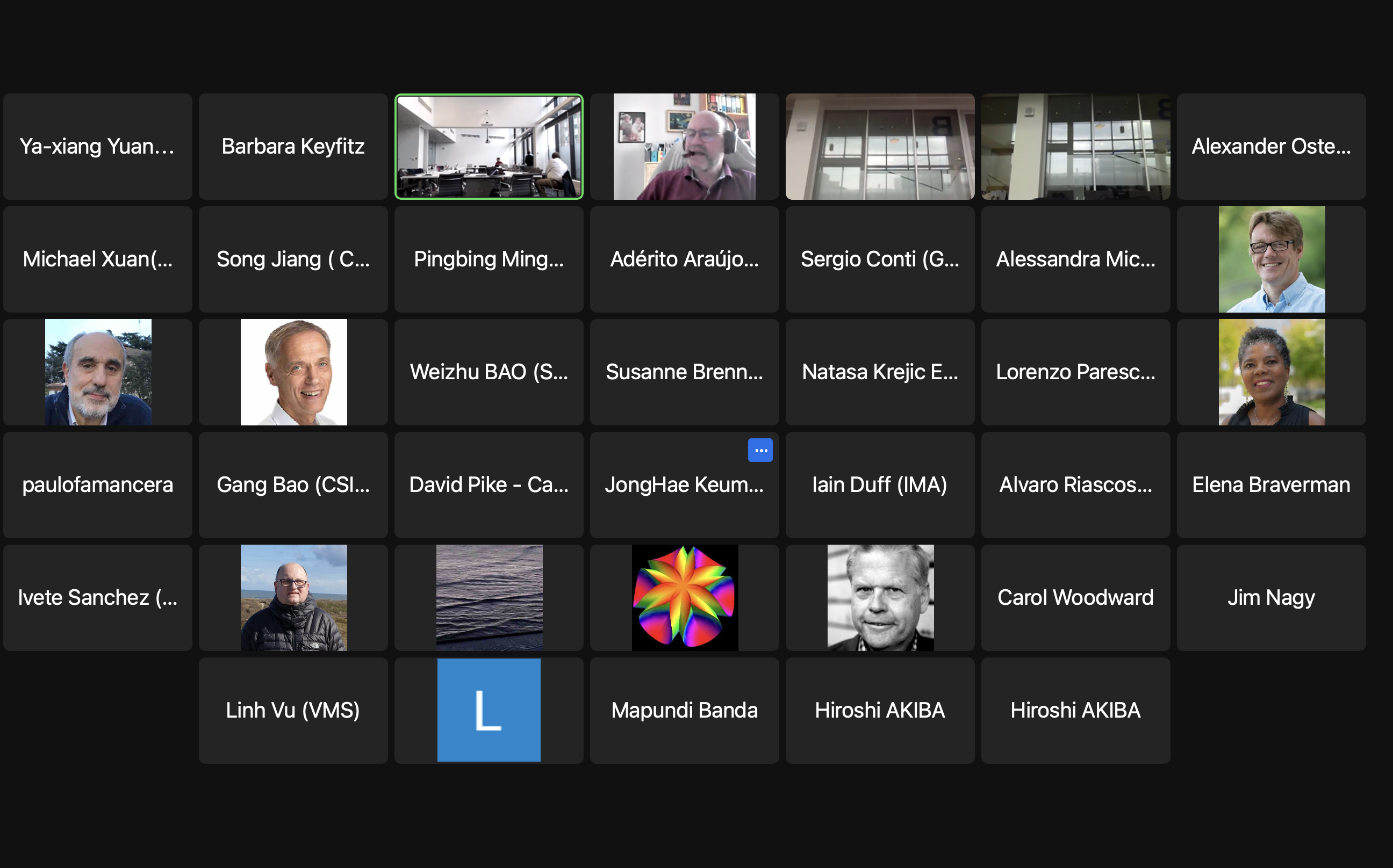 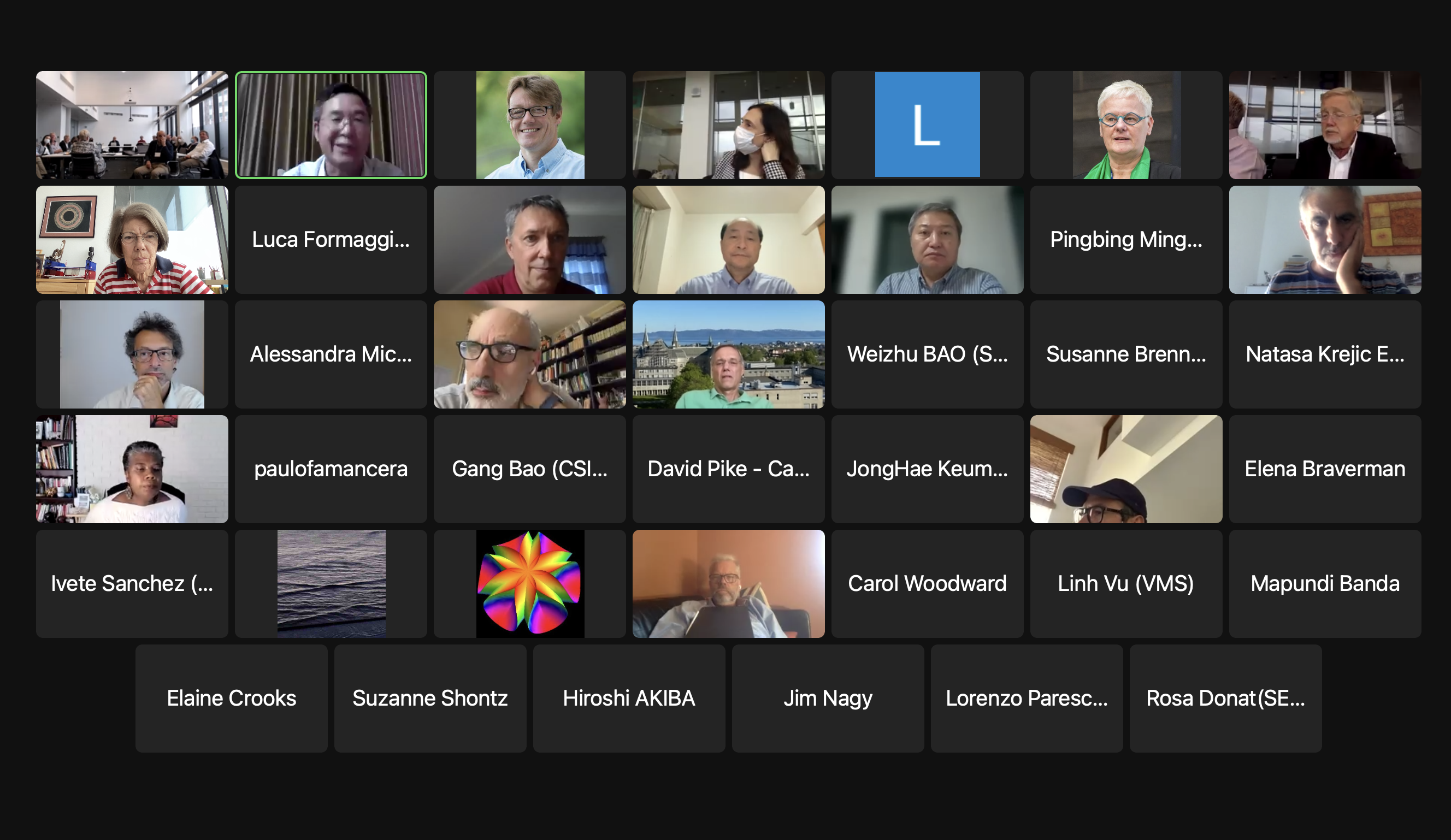