Kick-off of the EU-MATHS-IN OpenDesk

On September 20th, the kick-off of the OpenDesk of EU-MATHS-IN took place. The OpenDesk offers any company the possibility of submitting its innovation needs that can be solved by Modelling, Simulation and Optimization technologies in a Data-rich Environment (MSO-DE). It is devoted to coordinating and facilitating the necessary exchanges in the field of application-driven mathematical research and its exploitation for innovations in industry, science and society.

The OpenDesk is a window to connect companies with industrial mathematics, a one-stop-shop for companies looking for advice or help from mathematicians concerning their business. Its main goal is to use R&D&I (Research/Development/Innovation) to boost an industry’s competitiveness. EU-MATHS-IN was founded in 2013 by the Steering Committee of the European Science Foundation’s Forward Look on Mathematics and Industry, under the auspices of the European Consortium for Mathematics in Industry (ECMI) and the European Mathematical Society (EMS), to stimulate the interaction of academic mathematicians with companies. The structure it took at its creation was that of a network of national networks. It was not supposed to be a centralized institution with uniform rules, but the coordination of different structures within the various European countries. This was decided because the situation and organization of the mathematical communities in different European countries is very different, and so it was thought that to organize EU-MATHS-IN in a homogeneous way would be not ideal, and that it would be more desirable to give plenty of room to the different countries to organize themselves, their groups, their activities, and then to coordinate all that at the European level, by sharing some common goals and creating common tools, such as for instance the Jobs portal, the database for success stories, the preparation of reports and events and lobbying at the EC level. Also, negotiation with other structures existing at the European level would be done by EU-MATHS-IN representing the applied and industrial mathematics community all over Europe. 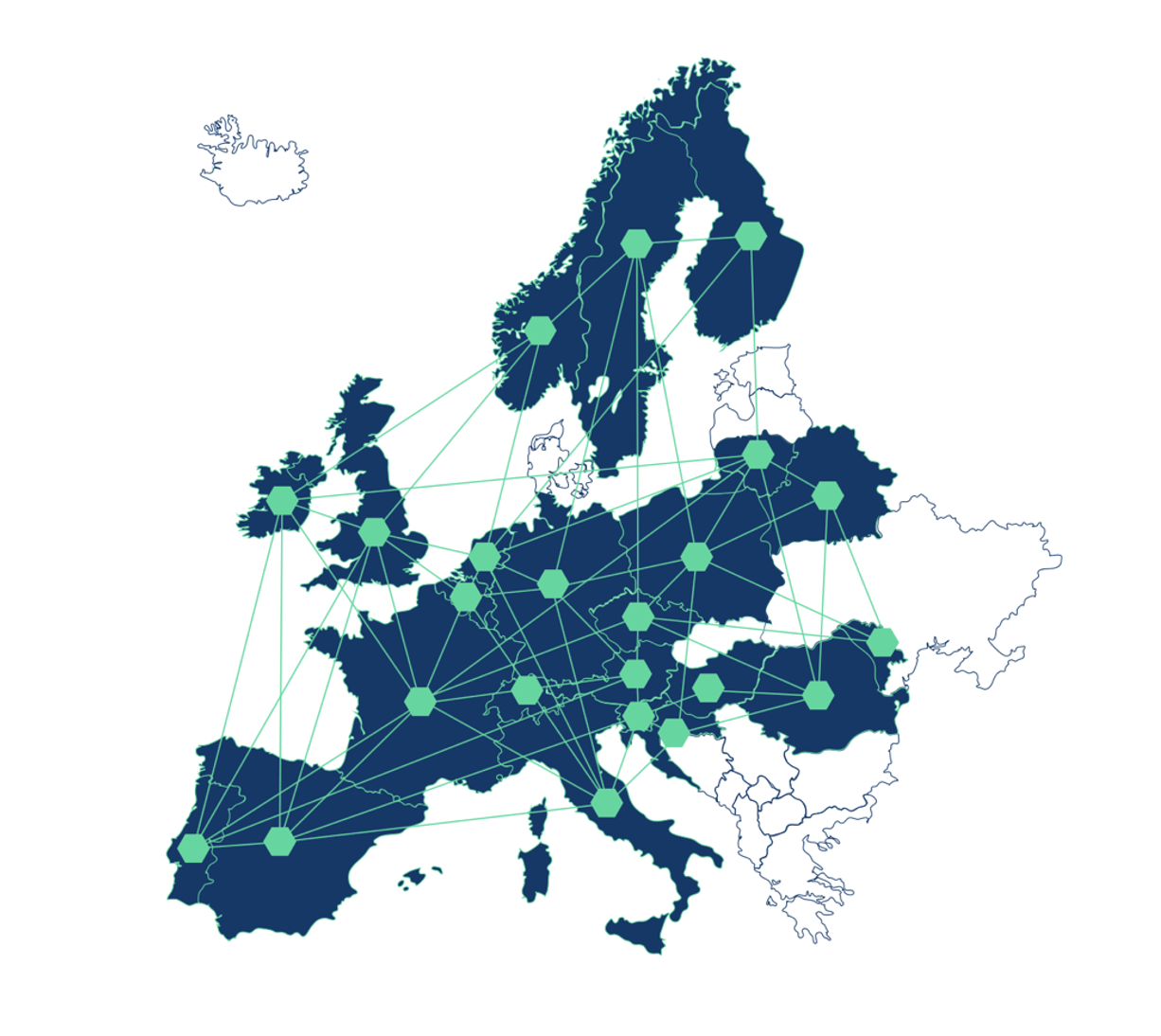 The creation of the OpenDesk was one of the initial goals of EU-MATHS-IN, but it has taken almost ten years to see its creation. This OpenDesk will be a unique access point for companies looking for mathematical help concerning their businesses, their production and their organization. Since EU-MATHS-IN currently has twenty members (twenty national networks), it has access to applied mathematicians working in those twenty European countries, meaning access to more than 400 research centers of excellence, and more than 9000 researchers specializing in different fields interesting to industrial mathematics. This is certainly a vast pool of mathematical talent! The OpenDesk will be a single access point to the best research centers in MSO-DE. It will issue guaranteed confidentiality agreements to the companies that want/need them and it will oversee establishing a pre-diagnosis on the feasibility of a solution with MSO-DE technologies for a given problem presented by a company. The rich network of contacts of the OpenDesk means quick access to the best proposals at an international level, those proposals being tailored to the companies’ real needs. If several solutions are presented to the company, the company itself will decide on which one(s) fit(s) its objectives best.  Companies requesting help or advice from the OpenDesk will contribute with a modest fee covering part of the work needed to answer their questions.

(1) Júlio Rodrigues, Executive Board Member. Chief Corporate Officer,  NORS Group, Portugal. NORS Group, a successful Portuguese company, now a multinational, specializes in selling heavy machines and vehicles mainly to construction companies all over the world. He described how the company had discovered the excellent results achieved through the use of mathematical methods to solve a little problem they had, and that now, after some years, they are investing more and more in mathematics and mathematicians in their business intelligence efforts to make their business more efficient, to give their clients (companies) a better service and to become one of the leading companies in the world in their field. His case for mathematics was amazing.

(2) Nidhi Sawhney, Principal Data Scientist, SAP, Germany. She discussed the importance of various fields of mathematics in her company, importance that was acknowledged at the level of hiring and organization inside the company.

(3) Diego Vizcaino Delgado, Managing Partner of Applied Economics area, Afi, Spain. AFi was the company which prepared the impact study of mathematics in the Spanish economy. He presented and commented on the results obtained in that study, and more in particular commented on the differences seen in Spain with respect to other countries where similar studies had been carried out previously. He emphasized the importance of mathematics-intensive activities in the economies of all advanced countries and the need to make that more visible and convince companies and policy makers of the importance of mathematics for their future economy and business activities.

The two last participants were not directly from industry, but represented institutions and agencies of very big interest to the OpenDesk and to industrial mathematics in particular:

(4) Mervi Karikorpi, Head of EU Innovation and Industrial Policies, Technology Industries of Finland. This is an industrial association with around 1600 technology-based member companies.  She mainly described their experience in Finland in interaction with many small and large companies and about the areas in which in her opinion mathematics could make a real difference. She spoke about how nowadays, when companies must make complex decisions not only on engineering problems, but also on processes and the integration of human resources in them, they often use mathematical technologies capable of proposing different options to make decisions once the risks of different scenarios have been assessed. In her opinion, in these technology-based industries, the role of mathematics is huge.

(5) Martin Langeis is the Deputy Head of Unit of the Pathfinder at European Innovation Council (EIC) and SMEs Executive Agency (EISMEA). Lange presented the new EIC council, its goals and the potential for mathematicians and the centers and networks related to the OpenDesk to profit from the policies launched by it. He saw large potential for collaboration.

The kick-off was very well organized, very interesting for the future of industrial mathematics in Europe, full of potential and of hope. The presentations and the round table were extremely informative. Following the kick-off, in the afternoon of September 20th and continuing until September 24th, there took place the OpenDesk B2B Matchmaking Event, to effectively start connecting companies with industrial mathematics. This was co-organized with the Enterprise Europe Network, the largest European Network providing internationalization and innovation support to European businesses.

Let us wish all the best to the EU-MATHS-IN OpenDesk because its success will be a success for all of us, European mathematicians.