Sven Leyffer, a senior computational mathematician in the Mathematics and Computer Science (MCS) division at Argonne National Laboratory, has been elected president of the Society for Applied Mathematics (SIAM). In this role he will shadow the current president as president-elect for the next calendar year and serve as president from January 1, 2023, to December 31, 2024. 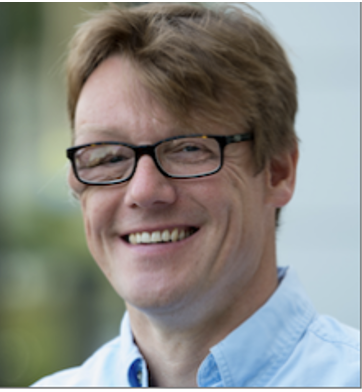 “I am honored to be selected for the position of SIAM president-elect,” said Leyffer. “SIAM provides a critical bridge between academia and industry, and this is an exciting time for the community as we delve into new areas such as machine learning where optimization may have a decisive impact.”

Leyffer obtained his Ph.D. in 1994 from the University of Dundee, Scotland. After postdoctoral research positions at Dundee, Argonne, and Northwestern University, he joined the MCS division at Argonne in 2002. A world leader in both optimization theory and the development of numerical optimization algorithms and software, he was co-winner of the Lagrange Prize in Optimization in 2006 for his groundbreaking work on filter methods and winner of the 2016 Farkas Prize, awarded to a mid-career researcher for outstanding contributions to the field of optimization. He served as editor-in-chief of Mathematical Methods of Operations Research from 2008 to 2014, and he currently is editor-in-chief of Mathematical Programming B and on the editorial board of Computational Optimization and Applications.

Leyffer has a long record of leadership in the SIAM community. He was named a SIAM Fellow in 2009, as part of SIAM’s first fellowship class. He was SIAM Vice President for Programs from 2010 to 2013, and he has served on the SIAM Committee on Science Policy since 2015. He is on the editorial board of the SIAM Series on Fundamentals of Algorithms, and he was a panelist at the inaugural Mid-Career Panel held as part of the 2019 SIAM Conference on Computational Science and Engineering.

Recognizing the recent challenges raised by virtual and hybrid meetings, Leyffer said he hopes to help SIAM develop new forms of access to its meetings. He also would like to improve SIAM’s global stature; broaden the impact and presence of industry within SIAM’s activities; and expand SIAM’s commitment to diversity, equity, and inclusion.

For more details about Leyffer and the new SIAM leaders, see the website: https://sinews.siam.org/Details-Page/meet-siams-newest-leadership-19.