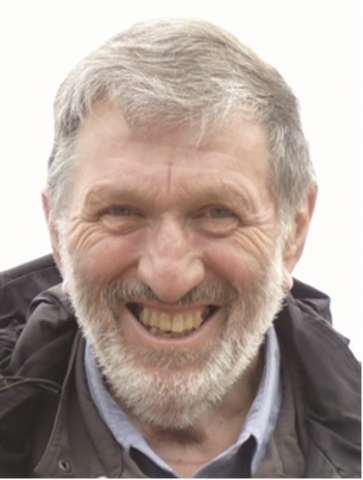 SIAM News, June 2022 (Volume 55, Number 05) published this Obituary for Charles William Gear, who was chair of CICIAM (the predecessor of ICIAM) from 1991 to 1995. Reprinted here with permission from SIAM and the authors, Yannis Kevrekidis and Linda Petzold. Original article at  https://sinews.siam.org/Details-Page/obituary-charles-william-gear.

Charles William Gear—known as Bill Gear to all—passed away on March 15, 2022, in Princeton, NJ. He was 87 years old. Bill was a larger-than-life figure whose research career spanned computer design and architecture as well as numerical analysis and scientific computation. His work on initial value problems for differential equations (particularly stiff differential equations and differential-algebraic equations solved via backward differentiation formulas) underpins much of the contemporary research in computational modeling. Bill possessed wisdom, integrity, humor, vision, a healthy dose of competitiveness, an ingrained sense of service to the profession, and a great joy for life. To the end, he was a mean programmer and he loved a good party.

In 2005, SIAM commissioned a substantial interview with Bill (conducted by Thomas Haigh) that was later donated to the Computer History Museum in Mountain View, Calif. It explores Bill’s formative years in England with a hardworking father who expected education to provide Bill with an easier life—and never ceased to wonder that Bill kept working hard anyway, since he loved what he did—and who impressed upon him the need to treat people fairly. It also reminds us of the joy of taking apart radios and reveals a fascination with all things electrical that followed Bill throughout his career and was evident in his interest in computer graphics and the “Gear anode.” 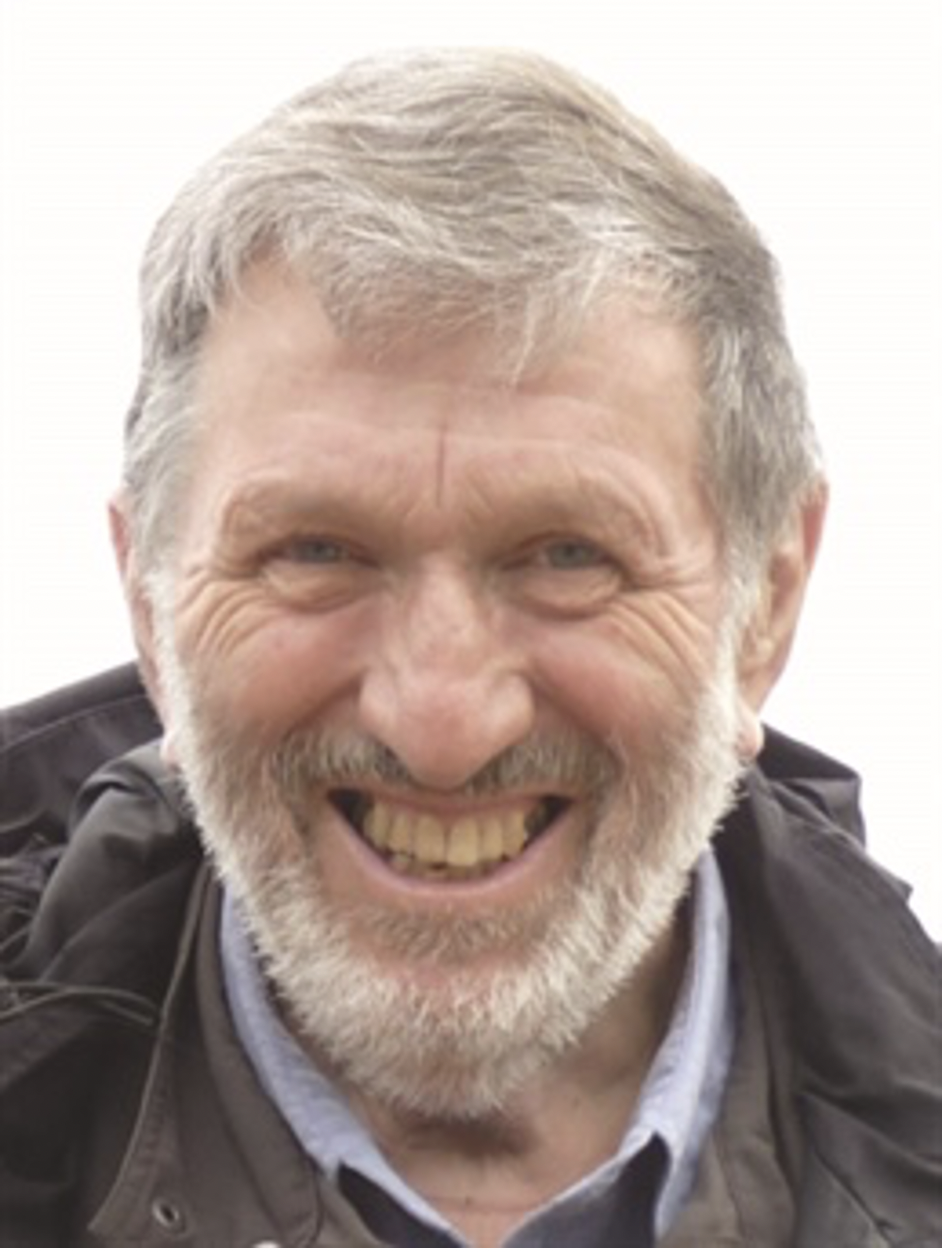 Bill studied mathematics at the University of Cambridge’s Peterhouse College, where his rowing team won “Head of the River” for the first time in 108 years. After graduating from Cambridge and receiving a fellowship to study in the U.S., Bill sailed to New York on the Queen Mary and made his way to the University of Illinois at Urbana-Champaign (UIUC). He ended up staying at UIUC until he completed his Ph.D. in 1960, under the direction of Abraham Taub. The field of computer science proved to synthesize Bill’s mathematical skills and instincts for building mechanical things and controlling them electrically.

“Once I started working with computers, I knew that this was what I wanted to do,” Bill said in 2005. “There was no doubt about it. This combined all things that I liked: some amount of mathematical analysis, the mechanical stuff of programming, the invention, the design. I’m a cross between a scientist and an engineer.” From programming the ILLIAC I (Illinois Automatic Computer) as a first-year graduate student to collaborating with Don Gillies on the ILLIAC II and eventually writing his first paper about the ILLIAC II assembler in 1964, Bill’s early research was shaped by computer architecture, assembly-level programming, and creative debugging. This period of his life was also rich with interactions with numerical analysts, such as his classmate Gene Golub and UIUC visitor William “Vel” Kahan. In the meantime, Bill formed new interests in areas like ordinary differential equations as he worked on the ILLIAC II.

This brings us to the Bill Gear with whom many of us on the numerical analysis/scientific computing side are familiar. He is especially remembered for his work on backward differentiation formulas, stiff differential equations, and the DIFSUB subroutine (often referred to as “Gear’s method”) — which eventually lead to the Livermore Solver for Ordinary Differential Equations (LSODE). Bill’s visits to Argonne National Laboratory—and an analog computer programmer’s challenge that “I’ve got the sort of problems you digital guys can’t solve”—inspired his interest in problems with conservation laws and differential-algebraic equations. As a result, his paper on the “Simultaneous Numerical Solution of Differential-Algebraic Equations” appeared in 1971 [4]. During this time, Bill also started writing important books: Computer Organization and Programming in 1969 [1] (a sabbatical in Nice, France, provided the opportunity for a revised second edition); the now-classic Numerical Initial Value Problems in Ordinary Differential Equations in 1971 [3]; and the 1971 Introduction to Computer Science [2], which was a truly influential textbook for computer science students for more than two decades.

Bill rose through the ranks at UIUC and became head of the Department of Computer Science from 1985 to 1990. While in this position, he instituted the faculty-sponsored “Friday Extravaganza” for graduate students that continues to this day. He then left the department to pursue an exuberant dream at the NEC Research Institute in Princeton, NJ; NEC recruited him to build its Computer Science Research Division. Bill became president of the institute two years later and served in that role until his retirement in 2000. After retiring, he developed a new interest in multiscale numerics and made seminal contributions in equation-free multiscale methods with collaborators and students from Princeton. These efforts led to 20 additional years of exceptional productivity, everyday presence, and creative programming.

Bill remained dedicated to the applied and computational mathematics community throughout his entire career, and what follows is a very incomplete sampling of this allegiance. He served SIAM in various capacities over the years, including as Vice President for Publications and a member of the SIAM Council and the Committee on Programs and Conferences. Most notably, he was president of SIAM from 1987 to 1988. Bill was also involved with the Association for Computing Machinery (ACM) and the International Council for Industrial and Applied Mathematics (including a stint as president). He held multiple journal editorships, one of which was for the SIAM Journal on Scientific Computing; was a valued invited speaker across the world; retained membership with several National Research Council boards and committees; and advised 22 Ph.D. students. Their memories recount an inquisitive and involved advisor who would return from a seminar and say “An interesting idea — let’s try it ourselves and see what happens!” Bill’s fascination and creativity resurge again and again in their current work.

Bill was recognized with many accolades over the course of his life, including membership in the National Academy of Engineering. He was a Fellow of SIAM, the ACM, the American Association for the Advancement of Science, the Institute of Electrical and Electronics Engineers, and the American Academy of Arts and Sciences. He also received the ACM SIGNUM George E. Forsythe Memorial Award and an Outstanding Civilian Service Award from the U.S. Department of the Army. In 1986, the “GearFest” conference in Albuquerque, NM, was held in his honor. Beyond official recognition, the testimonies to Bill’s wisdom, integrity, good judgement, fairness, joy, humor, and friendship from the people whose lives he made better speak for themselves.

In addition to Bill’s professional community, he is survived by his wife Ann Lee Morgan, his companion of 50 years; his daughter K. Jodi Gear and son Christopher Gear (both from a previous marriage to Sharon Smith); four grandchildren; and his sister Kate Redding. We will all miss Bill: the world traveler, truly creative scientist, inspiring scholar and collaborator, and the smiling man in the photograph.

As he himself said, “It is the path that is fun — in the end, there is no there when you get there.” Bill made many people’s paths fun as a person, teacher, and friend, and he continues to make our paths fun with his contributions to science and mathematics.