The UNESCO Recommendations for "Open Science": A Discussion Mediated by ISC

On June 14 and 15, the ISC ran two zoom sessions (to account for different time zones) to introduce the ISC community to an ambitious project that UNESCO is undertaking. In November, 2021, the UNESCO General Assembly formally adopted a 34-page document, UNESCO Recommendations on Open Science ( English language version at https://unesdoc.unesco.org/ark:/48223/pf0000379949.locale=en).  The report was written by an Advisory Committee (https://en.unesco.org/science-sustainable-future/open-science/advisory-committee). Its members are a mix of science administrators, research scientists, and civil servants.

I attended the second session, ably moderated by Jenice Jean Goveas, a PhD Chemist who now works on Science Policy at ISC's The Future of Scientific Publishing Project. A recording of the session is at https://council.science/events/isc-members-session-on-the-unesco-open-science-recommendation/

This article is a brief summary of the hour-long session. For a more thorough understanding, both the Recommendations document and the recording are useful. 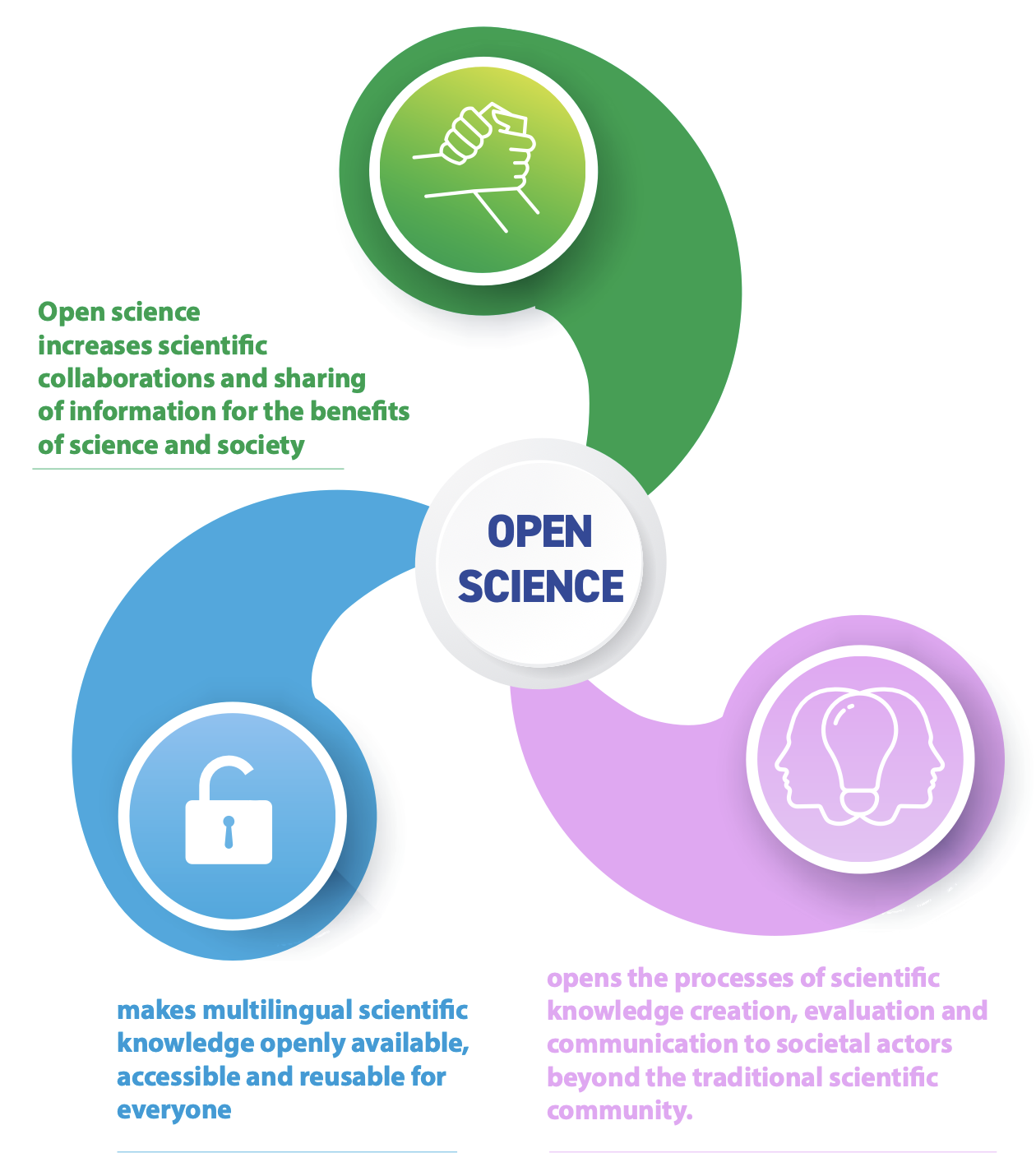 Ana Persic, Senior Programme Specialist in the Division of Science Policy and Capacity-Building, Natural Sciences Sector of UNESCO, traced the origin of the project to the UN's Sustainable Development Goals (https://sdgs.un.org/goals) and the realization that a more comprehensive participation in scientific activity worldwide is needed to achieve any of the goals. She explained the term open science, outlined the characteristics of open science, and gave the report's recommendations. Quoting from the report:

For the purpose of this Recommendation, open science is defined as an inclusive construct that combines various movements and practices aiming to make multilingual scientific knowledge openly  available, accessible and reusable for everyone, to increase scientific collaborations and sharing of  information for the benefits of science and society, and to open the processes of scientific knowledge creation, evaluation and communication to societal actors beyond the traditional scientific community. It comprises all scientific disciplines and aspects of scholarly  practices,  including basic and applied sciences, natural and social sciences and the humanities, and it builds on the following key pillars: open scientific knowledge, open science infrastructures, science  communication, open engagement of societal actors and open dialogue with other knowledge systems.

Most of ICIAM's members are traditional scientists; it was reassuring to hear the presentation of the second speaker, Geoffrey Boulton, a glaciologist, former chair of ISC's CODATA project, and a member of ISC's Governing Board, who gave ISC's perspective. He is the author of a recent ISC position paper, Science as a Global Public Good (https://council.science/wp-content/uploads/2020/06/ScienceAsAPublicGood-FINAL.pdf). Boulton rather skillfully outlined ways that the current scientific norms (publishing paywalls, reliance on bibliometrics to determine quality, typical peer review, discplinary silos and so on) fail to advance science. His second point was that science must become both more transdiscipinary and more international if we are to solve the enormous challenges that face humanity and our planet. 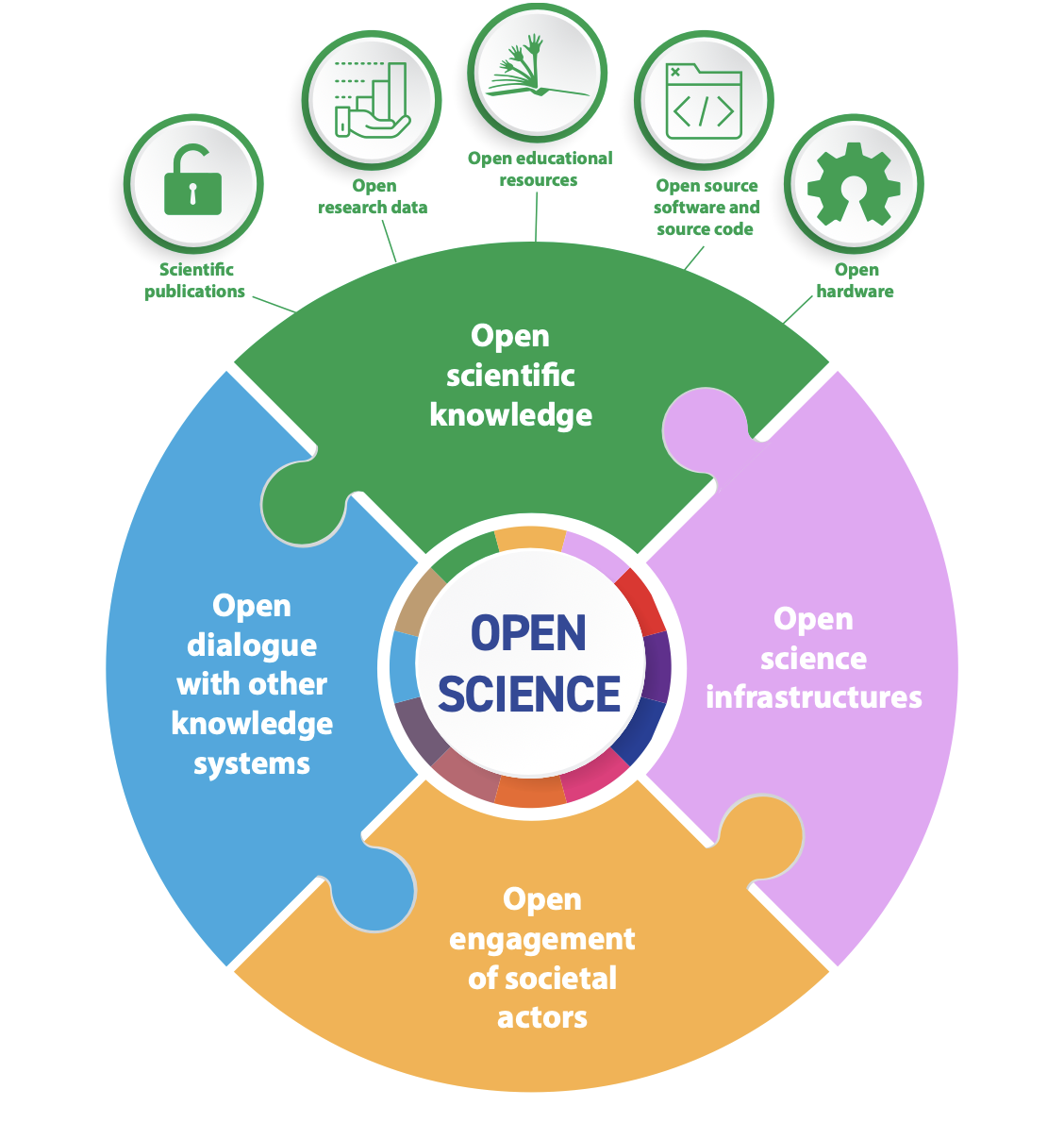 The scientific values and principles stated in the Recommendations are concrete. Governments, to whom this document is addressed, should be responsible for creating and maintaining the infrastructure needed for optimal scientific discovery and education. Core values are quality and integrity; collective benefit; equity and fairness; and diversity and inclusiveness. The guiding principles are also reassuring. First: transparency, scrutiny, critique and reproducibility. Second, equality of opportunities. Third: responsibility, respect and accountability. The responsibility is on all open science actors to respect the guidelines. The guidelines also call for collaboration, participation and inclusion. The inclusion of knowledge from marginalized communities in solving problems of social importance falls under this guideline. The guidelines also call for flexibility, realizing that there will be different pathways, and different time-scales for transitioning to open science. And finally, the principles call for sustainability: finding long-term practices and funding models that will ensure these goals, especially of course the inclusion of scientists from less privileged societies and countries.

High-minded principles are of no use unless they can be implemented, and UNESCO is now tackling this. Committees are now working on implementation, including producing fact sheets, analysing funding mechanisms and incentives, sharing best practices and developing a monitoring framework. The recommendation urges action in seven areas; these were condensed to five in the presentation:

(i) change the conventional science culture

The third speaker was Christophe Cudennec, Secretary General of the International Association of Hydrological Studies (https://iahs.info), a member of ISC. IAHS has already taken steps toward Open Science. For example, since 1956 IAHS has made their principal books freely available by depositing them in libraries around the world, often without charge. They publish an open-access journal at a relatively low cost of 30 Euros per page, and are in the process of digitizing their entire archive. IAHS has also studied the effect of implementing these policies on the dissemination and quality of results, and has published on this.

In the discussion period. Boulton answered a question about implementation. He distinguished between purpose and process. The purpose ought to be clear: stakeholders will benefit. The list of stakeholders begins with government funding agencies and foundations. Pointing out that their objective is to get the best science at the least cost, he felt that they would support this project. "A more difficult question", he said, "is the universities". He recalled the some of the ridiculous metrics to which universities are wedded (as a side note: Columbia University has just announced that it will no longer participate in the US News and World Report annual evaluation of quality of universities worldwide). The third group, of course, is scientists themselves. Many young scientists do not know what open science is. On the other hand, scientists, particularly young scientists, are persuadable by an ethically powerful case.

On the question of implementation in the global south versus the global north, Ana Persic was optimistic. The most important issue is the need to invest in science. Every nation should invest at least one percent of GDP in science. And cooperation means that knowledge and infrastructure can be shared.

On the question of data sharing, Boulton amswered that we need to make it easy for scientists to do so. The curating of data respositories is fundamental to the idea of open science and interoperability between disciplines "might take a decade to sort out". Data security is another difficult question.

The final question: how do we persuade scientists that open science is in their best interest? Boulton's answer: The purpose of open science is not to advance the career of a scientist, but to benefit science. He closed with an eloquent statement: "We don't do science to publish yet another ... paper. We do it to communicate with our fellow citizens, we do it to collaborate with each other, we do it to advise policy, and all these things ... are set in the background by the formal demand for publication citations. We've got to stop it!"

Barbara Lee Keyfitz is Professor of Mathematics at The Ohio State University. She has a PhD from New York University, and works in the analysis of partial differential equations. She is a Past-President of ICIAM, and Editor-in-Chief of ICIAM Dianoia.