The Olga Taussky-Todd Lecture at ICIAM 2015

Professor Tardos was chosen for her numerous and deep contributions to the fields of combinatorial optimization, discrete algorithms and algorithmic game theory, and her ability to convey the basic ideas and inspire others to pursue them. The International Congress on Industrial and Applied Mathematics – ICIAM 2015 – will be held in Beijing, August 10 to 14, 2015. It is the most important international event in applied and industrial mathematics, held once every four years under the auspices of the International Council for Industrial and Applied Mathematics. 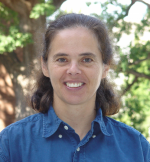 Éva Tardos received her BA and PhD from Eötvös University in Budapest. Before joining Cornell in 1989 she had a Humboldt Fellowship at the University of Bonn, postdoctoral fellowships at the Mathematical Sciences Research Institute in Berkeley and at the Hungarian Academy of Sciences at Eötvös University, and was a visiting professor at the Massachusetts Institute of Technology. She has written nearly 100 research papers; she has trained 15 PhD students and supervised 10 post-docs.

Éva Tardos is a leading figure in the broad area of algorithmic game theory. It is well known that the selfish behavior of participants can lead to suboptimal outcome. Éva’s work quantifies this loss of efficiency, called the price of anarchy, comparing the global optima to the quality of Nash equilibria, stable outcomes of selfish behavior. Her work shows that in many cases the selfish solutions do reasonably well, which diminishes the need for central coordination.

One of her early important results was a strongly polynomial time minimum cost flow algorithm. In another early paper with A. Frank she obtained a surprisingly ! ! 1 July 2014 general result which says, roughly, that among combinatorial optimization problems, polynomial time solvability implies strongly polynomial time solvability. Their method involves an ingenious “diophantine series expansion” technique, which has already found other applications and is likely to find many more. Another field where she produced many excellent results during the earlier part of her career is the theory of matroids and submodular functions. With A. Frank she introduced and studied “generalized polymatroids”, which have become an important class of structures in combinatorial optimization.

Later on her focus shifted to approximation algorithms. She worked on problems in scheduling, facility location, multi-commodity flows, cost-sharing and routing problems in networks. Her work introduced new sophisticated methods in the “rounding” phase of approximation algorithms based on linear programming relaxations. In a recent paper Network formation in the presence of contagious risk, she studies the cascade effects of failures, especially relevant after the 2008 economic crisis.

Éva Tardos’ work has been recognized through several awards and honors. She received the Fulkerson prize of the American Mathematical Society and the Mathematical Programming Society, and the Dantzig Prize of the Society of Industrial and Applied Mathematics and the Mathematical Programming Society. Further recognition of Tardos' work includes her participation as invited speaker at the International Congress of Mathematicians in Kyoto (1990), and her election to the National Academy of Engineering of the USA in 2007 and her recent election to the National Academy of Sciences of the USA.

The Olga Taussky-Todd Lecture is one of the invited lectures at the International Congress on Industrial and Applied Mathematics, the premier international meeting of applied and industrial mathematicians, held every four years. This honour is conferred on a "woman who has made outstanding contributions in applied mathematics and/or scientific computation". The lecture is named in tribute to the memory of Olga Taussky-Todd, whose scientific legacy is in both theoretical and applied mathematics, and whose work exemplifies the qualities to be recognized.

The Olga Taussky-Todd Lecture for ICIAM 2015

Lecturers are selected by a committee established by the ICIAM President, with advice from the Association for Women in Mathematics and European Women in Mathematics. Nominations are solicited from the mathematical sciences community. The Committee for the 2015 Lecture consisted of: