OTTAWA, Ontario — The Canadian Mathematical Society is pleased to announce that its first-ever team to compete in the European Girls Mathematical Olympiad has returned from Italy, medals in hand. EGMO Math Team Canada earned one Silver medal, two Bronze medals and one Honourable Mention.

The two-day competition got its start in 2012 when it was first written in Cambridge, UK and has since grown to include more than 50 countries. Participation in the EGMO is by invitation only and Team Leader Professor Dorette Pronk (Dalhousie) says the solutions submitted by the Canadian Team were

"the most beautiful she has seen… that the students were encountering interesting problems with enough time to solve them and really appreciate the beauty in the ideas, fitting, in the environment of beauty and art in Florence.”

Although the EGMO was certainly a competition, it had a different focus than on just medals and placement. The focus was on creating a community of female mathematicians that the participants could draw on in the future. Contestant Anna Krokhine says the competition was

“about community rather than being hostile or competitive, you could really think about interesting mathematics during the week.”

The team agreed that although challenging, the competition was also inspiring as they were encountering interesting problems.

Deputy Team Leader Sarah Sun (TD Bank, Data Strategy) says she was encouraged by the performance of the team noting:

“I get the uncanny feeling that I am seeing tomorrow’s global leaders today”.

Canada’s presence at the European Girls’ Mathematical Olympiad was made possible in large part due to the financial support of the University of Waterloo’s Faculty of Mathematics for which the Society is very grateful. The Society would also like to acknowledge the Leaders and organizers of the Winter Training Camp who assisted in identifying and training the members of the team. 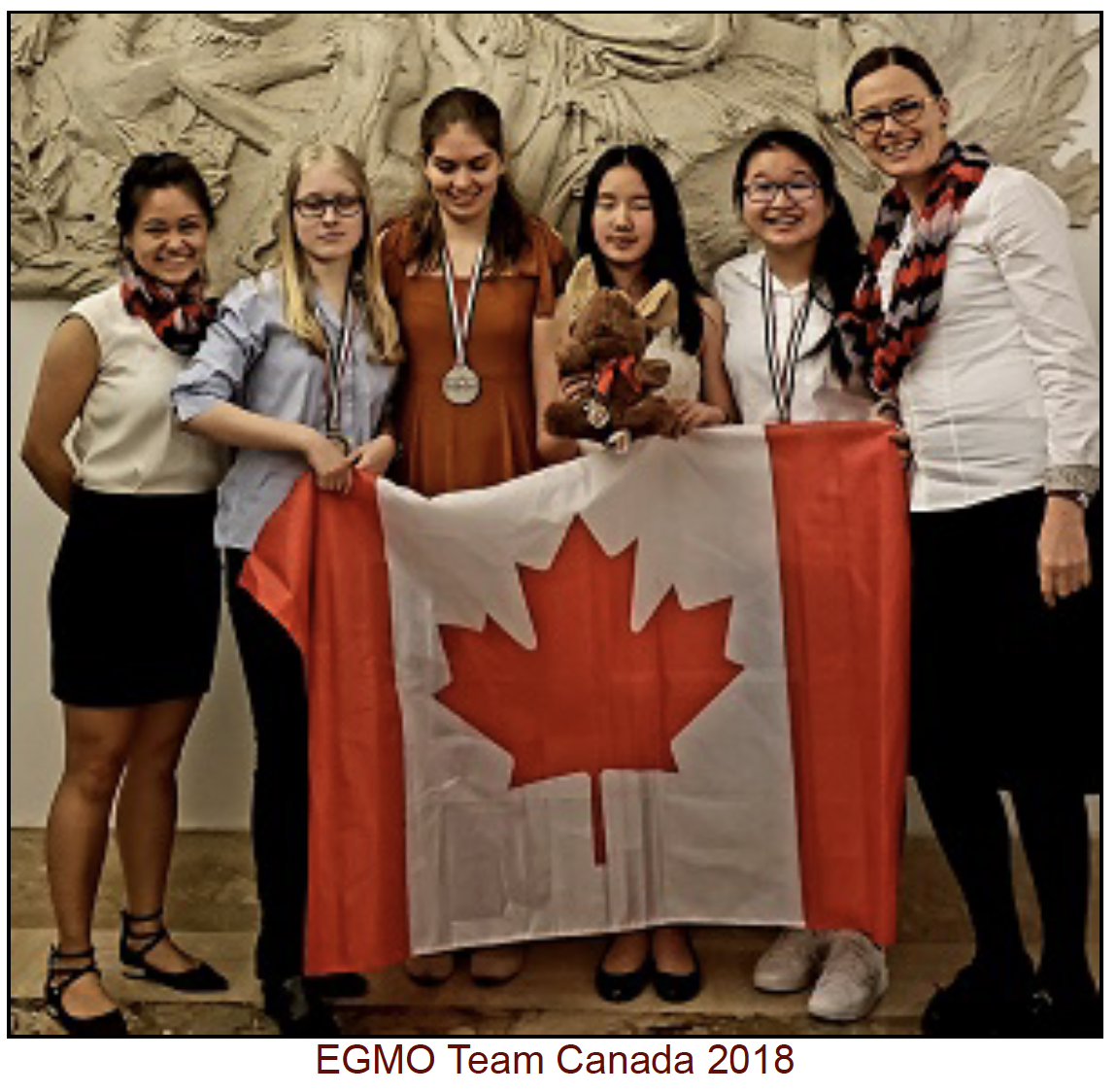 The full results are available at https://www.egmo.org/egmos/egmo7/

About the Canadian Mathematical Society (CMS)

Founded in 1945, the Canadian Mathematical Society (CMS) promotes the advancement, discovery, learning and application of mathematics. The CMS promotes mathematics through a rich array of activities including scientific meetings, publications, awards, prizes, grants, camps and competitions.