The ICIAM 2019 Congress and Me

It was 6 years ago that Spain was chosen to organize the ICIAM 2019 congress. And that decision was made by the ICIAM Board the same year that I was elected ICIAM president for the period 2015-2019. It was an incredible coincidence, because I was born in Spain and even if I have not lived and worked there for many years, my links to that country and to the community of the Spanish mathematicians are naturally very strong. In particular I knew very well the people in charge of the organization of the ICIAM 2019 congress. That coincidence ensured that from the beginning I followed the preparations of the congress more closely than usual. And that has been going on actually until the congress started, and even during the week it took place. Unlike in previous cases, I have been associated with many decisions that in principle had to be made only by the organizers. Was it good or bad? I do not know, I hope it helped them, but in any case, I was happy to be able to help and to learn through that experience. Last year, when the preparations increased and accelerated, the rhythm of exchanges with the organizers also increased, and was kept at a very high level all year long.  There were especially intense moments in the conversations, for instance when at some point, not far from the end of the call to organize mini-symposia, the organizers were worried by the low number of applications.  But of course, as usual, just before the deadline, the applications arrived in large numbers and the registrations of participants also increased in such a way that it was soon clear that this congress would be the most attended one in the history of ICIAM. This was confirmed by an attendance of almost 4000 participants, a record. 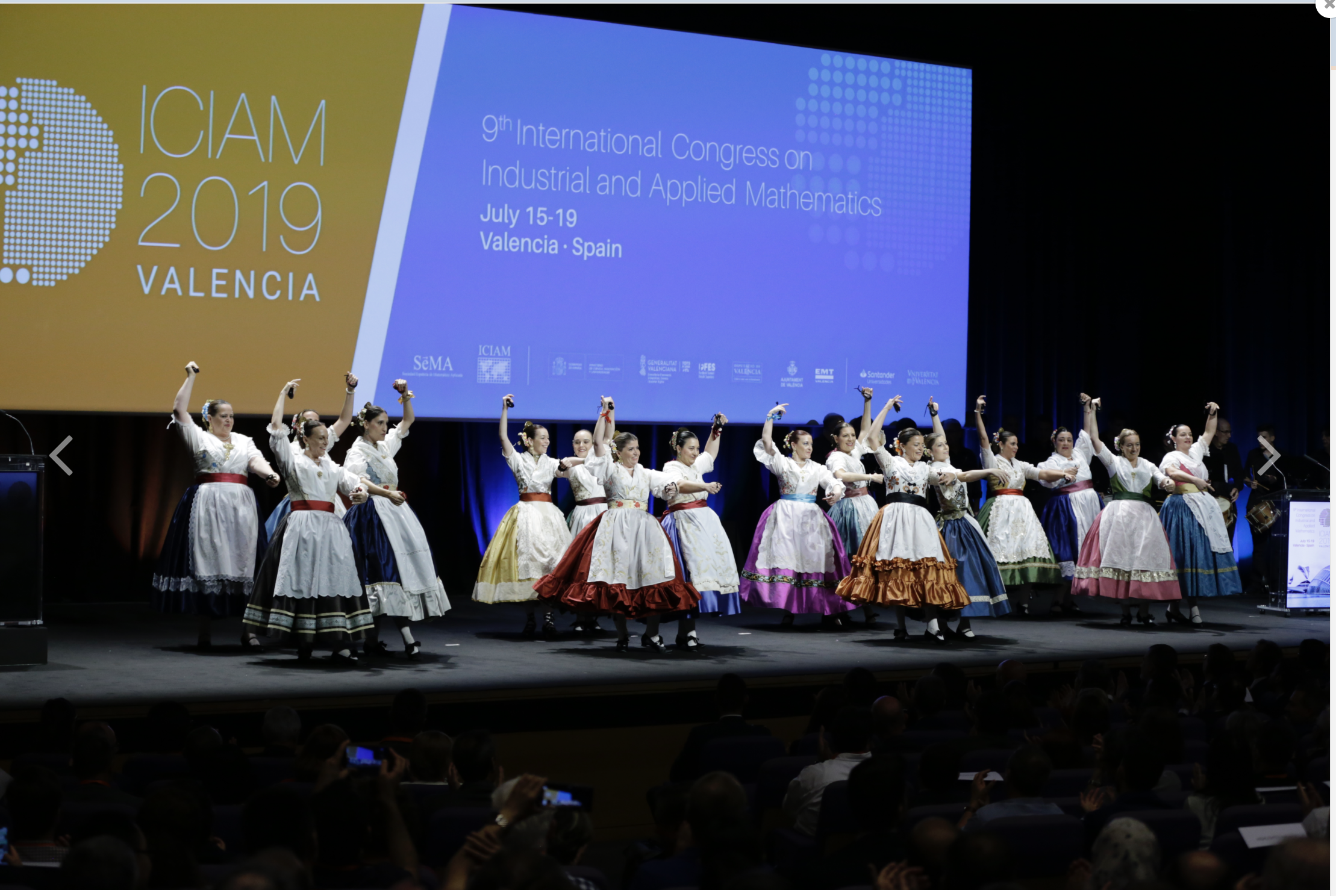 The final weeks before the congress were exciting because everything became much more concrete. But at the same time, clouds appeared in the horizon, as when the organizers learnt that the venue for the Opening Ceremony was no more available due to important technical problems. That was a big source of stress, of course, that luckily quickly resolved itself after finding another large venue that fortunately was free for the desired dates. Also, until the last moment it was unclear who would be the authority presiding over the Opening Ceremony and awarding the prizes to the five prize winners. Would the King come or not? Would it be the Minister of Education or the President of the Region of Valencia?  And during the uncertainties of those days, we started to learn about protocol, about who was ranked above whom, etc., etc. In the end, some days before the congress, the King announced his visit, and with that, a long negotiation started in order to remodel the Opening Ceremony: the timing, the structure, the need of a coffee break in the middle of it… all the details had to be negotiated and agreed on, both with the Royal House and with the Education and Research Ministry. Some of the changes proposed to us were acceptable, others more difficult to accept and implement, but in the end that intense period came to an end and we were ready for the opening of the congress. 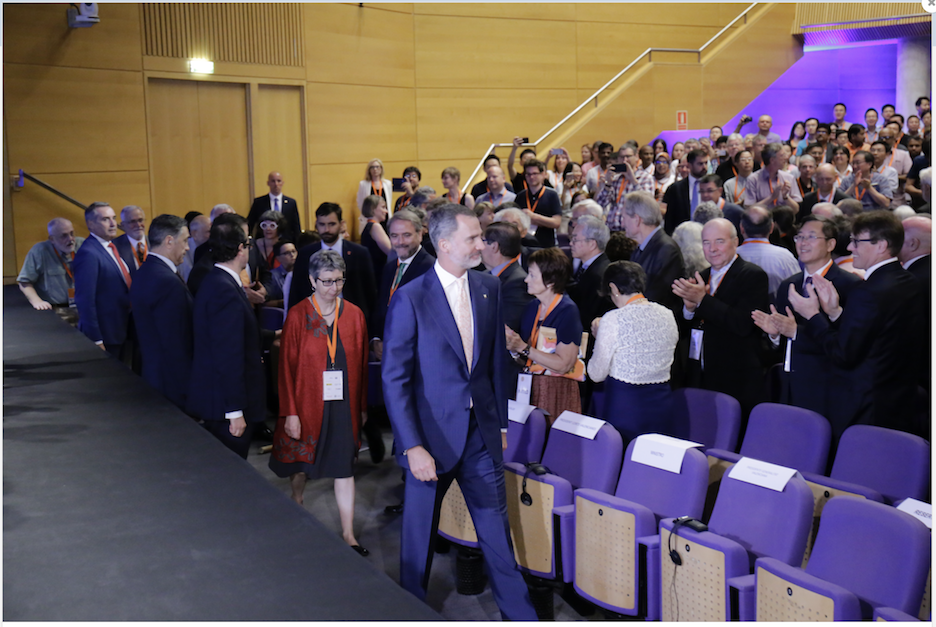 For me the congress itself was a week of excitement, of happiness, of worries also at some moments, but all in all, a very positive and joyful week. And it passed swiftly. It took weeks and months of intense preparations and decision making, and then, it went so quickly… 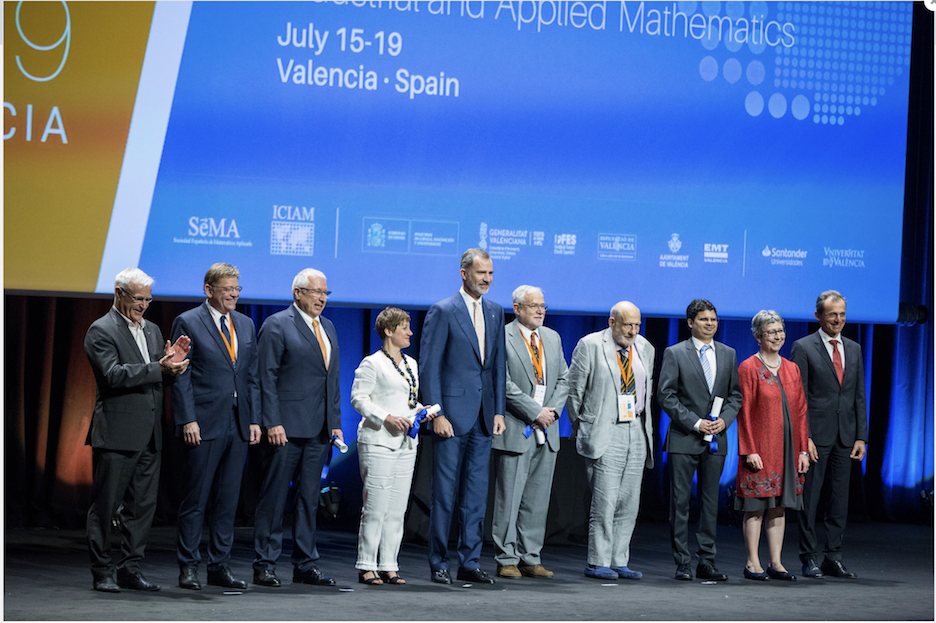 It was great to see old friends, to witness the joy of the prize winners, to meet people that I knew only from papers and email communication. It was also a great joy to see so many young participants and in particular young people of all continents eager to learn and exchange, to meet more senior people, to feel like an important part of the community. The first day of the congress was a day of stress and nervousness, because we had to start going from building to building, from room to room, in a campus that was new for most of us. The first afternoon was complicated by some unexpected technical problems, and some people were unhappy. But the response of the organizers and of the technical staff of the university was quick and efficient, and all problems were happily solved. From Tuesday morning on, all went on smoothly, especially when we all finally understood which building was which, and we could move from session to session easily and rapidly.

The level of the talks I attended was very high, and it was very nice to acknowledge the big effort the invited speakers made to address large audiences and made their, sometimes technical, topics understandable and their talks enjoyable. I learned about very interesting new applications of mathematics, in many different areas. For more than one year I had been convinced that the Program Committee had made a great job. I was already convinced of that on paper, but looking at the program, struggling to choose which talks to attend, and listening to them, that conviction became real and strong: actually, it was not a conviction anymore, it was just acknowledging the reality.

I would say without being afraid of being ridiculously optimistic that the congress was a real success, showing the dynamism and diversity of our community and showcasing the importance of mathematics for our society. The organization of an industry day was also an excellent idea, especially because of the interventions of a good number of people working in industry, all acknowledging the importance of mathematical modelling, simulation and optimization for their companies.

A discussion that arises systematically at every ICIAM congress is whether we host too many mini-symposia. And there are arguments for and against this, because on one hand it becomes crazy to choose between 70 mini-symposia at a given time, but on the other hand, it facilitates the real participation in the congress of many members of our community, making the congress not only an event where carefully selected invited speakers present their work, but also the forum of the applied mathematicians from all over the world that can choose to organize a mini-symposium about their favorite topic and invite specialists to come and discuss about it together. This double component, the top-down and the bottom-up sides of the ICIAM congresses, make them very special, very different from the ICMs for instance. Here excellence is acknowledged by a selective program committee, of course, but at the same time, the community itself chooses also the topics that they want to present and discuss, most of them extremely emergent. The ICIAM congresses are not only a place where excellence is recognized, is not only a ‘prize-giving event’, but is also a place of intense scientific exchanges, of information passing and gathering, of science being made on the spot. 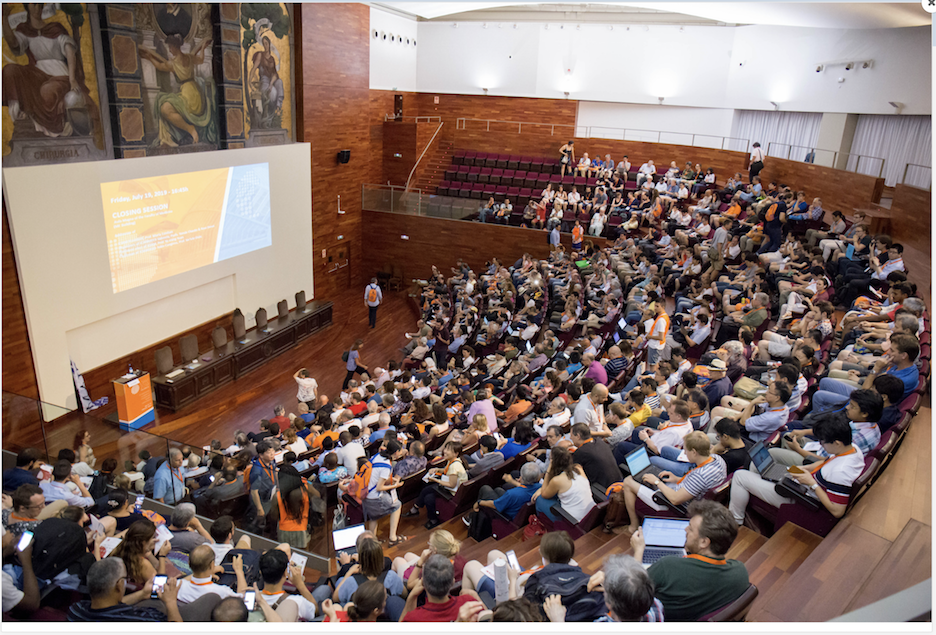 I would like to finish this little article by once again thanking the congress organizers for their great job, for their service to our community, for making this event a lively and intense moment for all of us. And I want also to thank all the participants for coming to Valencia and for sharing and making the congress such an important event for our community.